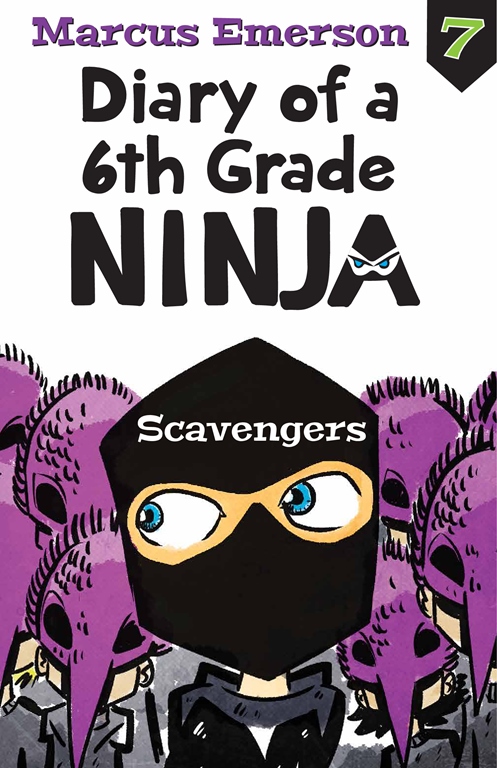 This is the seventh book in a series of ten about Chase Cooper, the 6th Grade Ninja. These books were first published in the U.S. between 2012 and 2015, and all 10 books in the series are now being released in Australian editions over the first three months of 2017.

Chase Cooper has started at a new school and was recruited into a ninja clan made up of his classmates. In the seventh book Chase comes up against the Scavengers, a secret club in the school who want to recruit him as their leader. Chase turns them down and in revenge they set out to make his life miserable. Luckily for Chase, he has friends who are willing to stick by him and show him the true meaning of friendship.

As a series book, this title isn’t really meant to stand alone, however this reviewer read this book without having read the others and was able to follow the plot, and the story still made sense. Chase regularly refers to past events so a fuller reading experience could no doubt be had by reading them all in sequence. This book was a high energy romp with plenty of action and comedy and a surprise twist at the end. Upper primary readers will no doubt find it entertaining and engaging. This series should be well used at public and primary school libraries.