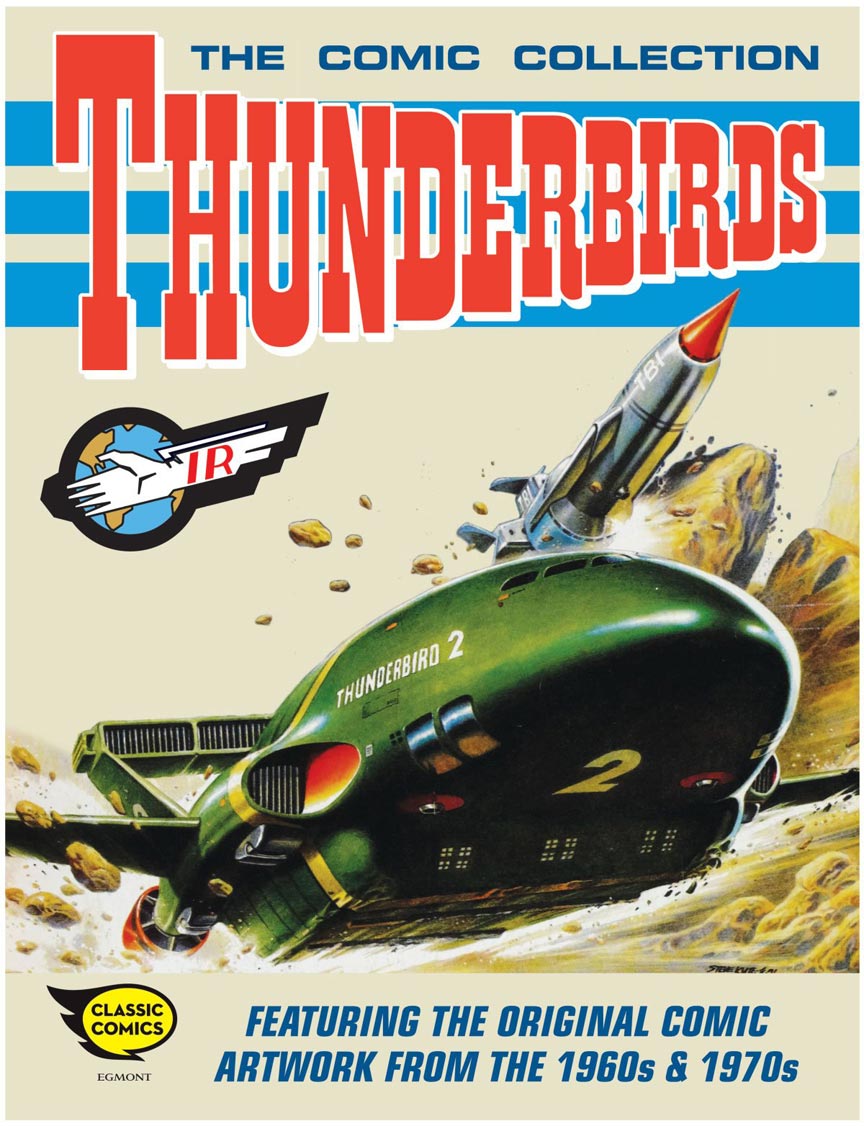 This hardback comic book is a huge retro collection of strips from the 1960s and 70s.  They were as successful as the TV series that ran parallel to them and were published under the banner of TV21.

This collection includes thirty-six adventures of the talented team with an introduction tracing the history of the series as well as double page spreads of the technical data of the Thunderbirds.  The original comic artwork by leading UK illustrators is immediately appealing to those who delighted in the fantastic rescue adventures of the heroes, including Lady Penelope, Brains, Scott and Virgil among others.

The book will quickly engage those adults who grew up on the television series as well as new readers who thirst for accessible science fiction and futuristic adventure.  This will make a great present for 10+ year readers.  They will want to pore over the visuals and reflect on the episodes with hours of enjoyment. JC