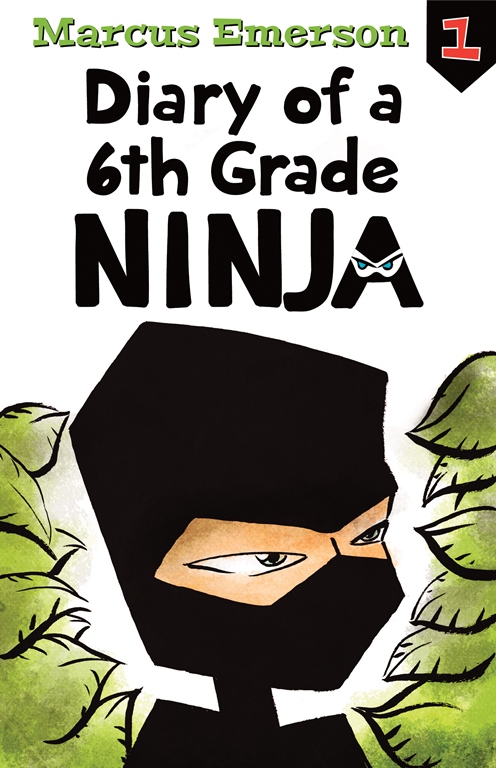 It’s Chase Cooper’s first day at a new school and he’s relieved to have his cousin, Zoe at his side to show him around.  Chase is a rather bookish skinny kid with limited sporting ability and a 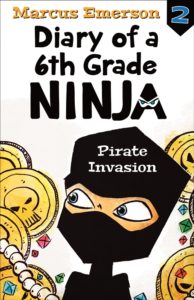 small amount of insecurity.  He just wants to fit in.  A chance encounter with a group of school-kid ninjas leads to all sorts of adventures for Chase and Zoe … and a few important lessons about life.

Amidst the adventures and school room dramas that Chase and Zoe find themselves involved in, there are important decisions to be made about ‘right and wrong’ behaviour and Chase doesn’t always make the right choices.  However, as the stories evolve, Chase soon learns the importance of honesty, loyalty and kindness – and becomes a stronger person and a good friend.

Diary of a 6th Grade Ninja Books 1 and 2 are part of a ten-part series of books, all of which will be published in 2017, by US-based author Marcus Emerson.  Written in the first person from Chase Cooper’s perspective, they are highly engaging for independent readers and are a great ‘curl up and read’ addition to the library or home.

Emerson has cleverly featured Chase’s cousin Zoe in a prominent role so the content is interesting for boys and girls alike; even the cover is gender-neutral. The language is dialogue driven – uncomplicated and accessible – which gives the stories an immediacy and quick pace.  I have a feeling most competent readers would wiz through these books in a couple of hours however they are books that could be re-read with equal enjoyment numerous times.