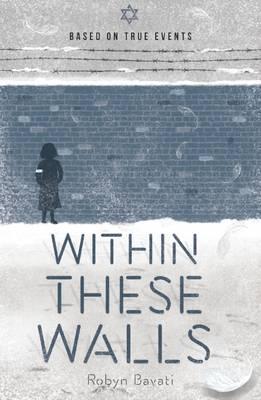 Within These Walls is the second in a series, My Holocaust Story, the first being Hanna by Goldie Alexander. Bavarti has extensively researched written and oral material in her attempt to authentically portray the life of a Polish girl, Miri, before and during the Nazi occupation of Warsaw. Miri’s experiences are mirrors of the reality Bavarti discovered. It is a terrible reality, as we know.

The story opens with a picture of the happy, fun-filled life of Miri’s family. She and her brothers and sisters, parents and grandparents live close together in warm apartments in Warsaw. Her father is a successful tailor. But the war comes closer, and soon life becomes more and more difficult. Finally, Miri is on her own, exhausted, starving, terrified.

This is a tough read, but each one of us must face the truth about what happened in those dark days. It is important that our youth know what happened, because a better future can be constructed by those who learn about history. That is not to deny the racism still prevalent in the world, but the positive actions of many young people show that racism may yet be defeated. Within These Walls could provide inspiration to its readers.