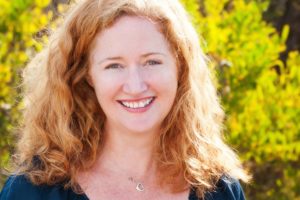 We asked Allison Tait to write something about her recently released book, The Book of Secrets, and she graciously sent us this thoughtful and insightful post entitled, Why I love Reluctant Heroes. It references her first series, The Mapmaker Chronicles, and digs deep into character portrayal.

If you’ve read any part of my middle-grade adventure series The Mapmaker Chronicles, you’ll know that Quinn Freeman, our hero, is … reluctant. Presented, in book #1, with the idea of leaving home and heading off to mapmaking school, his first response is ‘er, no thanks, I’m good here at home, reading my books’.

As for the idea of actually getting on a ship and heading out into the unknown, well, he spends a lot of time hoping that someone else will be chosen for the task.

But to no avail.

When the time comes, and Quinn is chosen for the race to map the world, however, he doesn’t shirk. Firstly, there’s the small matter that the King has commanded he go, and it’s hard to say no to the King. Bigger than that, though, is the knowledge that his family is struggling after some tough farming seasons – the money Quinn earns as mapmaker will make life easier for them.

And so he and his fear board the Libertas, facing the threat of storms, starvation, pirates, and, of course, the dragon at the end of the world, head on.

As Zain, his captain, says in Breath Of The Dragon (book #3), “Any man who thinks for himself will never be fearless. Yet the man who is afraid and faces the unknown because he must… That is a brave man.”

This quote, for me, sums up why I love reluctant heroes. When a protagonist is strong, all-powerful, full of magic and super-powers, there’s a sense of ‘why wouldn’t he/she sail the world, fight the bad guy, slay the dragon?’ to the story.

With a reluctant hero, however, the reader is given a chance to identify with the main character, to put themselves in the character’s shoes, and to ask themselves ‘would I do this?’.

Would I want to get on a ship and sail off into the unknown, facing almost certain death? Probably not. 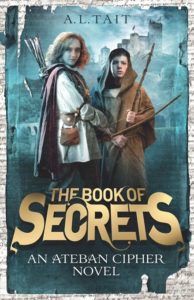 Or, as is the case with Gabe, the protagonist in my new series The Ateban Cipher, would I be brave enough to leave the only home I’ve ever known to venture into the deep, dark woods to save an incalculable treasure? Um, not sure.

Both Gabe and Quinn have very good reasons for stepping outside their comfort zones, and both surprise themselves as they discover along the way that maybe, just maybe, they are heroes after all.

But, through the eyes of a reluctant hero, the reader can experience danger, adventure, friendship, excitement and discovery. They can recognise certain traits within the reluctant hero as being, perhaps, similar to their own. And they can begin to see that the greatest unknown that any of us can face is… ourselves.

In The Book Of Secrets (Ateban Cipher #1), Gabe is the quintessential ‘babe in the woods’ – a sense only exacerbated when he runs into the most foreign thing imaginable to a boy from a monastery: four girls.

But Gabe digs deep within as his journey unfolds, finding new strengths in an unfamiliar landscape, learning (with some help from his new friends) that he is more resourceful than he thinks, and discovering more about himself than he ever imagined.

To me, that is the greatest adventure of all.

Allison Tait (A.L. Tait) is the bestselling author of epic middle-grade adventure series The Mapmaker Chronicles, available in Australia, the US, the UK, Lithuania and Turkey. THE BOOK OF SECRETS, book #1 of the Ateban Cipher series, is out now in Australia through Lothian Books. Find out more at allisontait.com

We will post our review of The Book of Secrets soon.