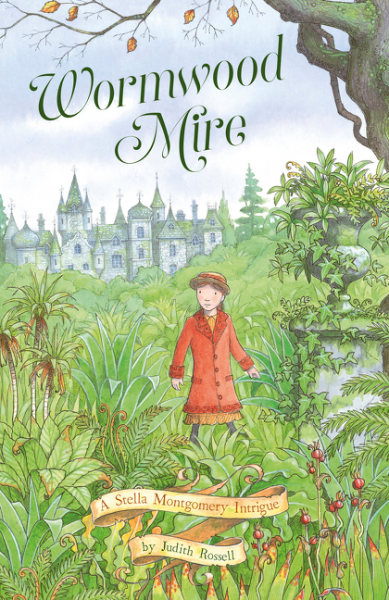 This is the second book in the Stella Montgomery series, and it’s just as exciting and intriguing as the first one. Stella’s three aunts were most severely displeased with her behaviour in the previous book and decided to send her away to Wormwood Mire, their family manor. A cousin of the aunts is also sending his two children, Strideforth and Hortense, to live there with a governess, and Stella is to join them. Wormwood Mire is a strange and fascinating place – long neglected but full of peculiar plants and animals from all over the world. It is here that Stella begins putting together the pieces of her past – her mother, her sister and what happened to them all that night ten years ago. Stella, Strideforth and Hortense also investigate the mystery of the monster in the forest – is there really one or is it just local superstition?

This is a truly enjoyable book. The clues about Stella’s past are dropped throughout the text, tantalising the reader and slowly building a picture of the past. Not all is revealed or resolved though, leaving more for future stories. The pace picks up over the course of the story, and the last few chapters are unputdownable.

The book itself is well produced – hardback with thick pages and a ribbon. The illustrations and the text are dark green, reflecting Wormwood Mire and the feel of the story. Highly recommended for upper primary, lower secondary, public libraries and all those who enjoy a good mystery set in an old manor house full of secrets.

A Teaching Guide can be found on the HarperCollins Australia website.