Features Editor and Reviewer, Trisha, shares her picks for the past year… 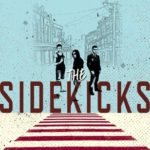 The Sidekicks by Will Kostakis

I read several versions of this book prior to release. I love how complicated it is, and how we have to work to understand and appreciate the character of Harley. It’s easy to love and sympathise with closeted Ryan and sidelined Miles, and of course Isaac is present through the story, and remembered with a sharpness of regret. But Harley is a hot mess, and we require all three perspectives of him to ‘get’ him. I also value the nuances in the adult characters, who could have easily been one dimensional. It’s a personal, yet universal narrative, and Kostakis deserves all the accolades. 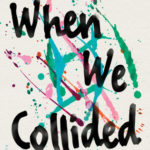 When We Collided by Emory Lord

I read this back in January, and images still play in my head. I found the intense relationship between Vivi and Jonah dazzling yet of course, unsustainable. They way they lean on each other, that precise moment they meet, when they most need the other, it’s a tour de force. I was left weeping and laughing. I wanted it to be resolved in exactly the way it was, and yet, it’s heartbreaking and real. Authentic representation of this particular neurological disorder is uncommon in YA. It’s so great that this book exists, but even better that it’s such a quality piece of literature. 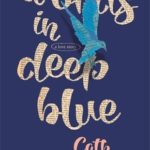 Such anticipation for this story, and it did not disappoint. Full of tropes (grieving sibling, fractured families, and lost friends), balanced beautifully by lyrical prose, bittersweet resolutions, and a love story for the ages. Rachel is determined, while Henry is hapless yet worth fighting for. Fully developed secondary characters add significantly to the themes of regret and acceptance. Also, books, letters, bookstores, transmigration, and a love of words. It’s rich with literary and pop cultural references, snarky dialogue, and the exuberance of youth. Will require several re-reads, and should scoop many awards.

A bit about Trisha…

I started out 30 years ago as an English teacher, and now when I watch kids go off to university, I think about what I would have done if I had a second chance. I think I would have chosen journalism, to be honest, and I would love to imagine I might have made it as a Arts Reviewer. Sigh. Since I am doing that, as a thing I feel passionate about, while also being able to work with young people in school libraries, I can hardly complain now, can I?