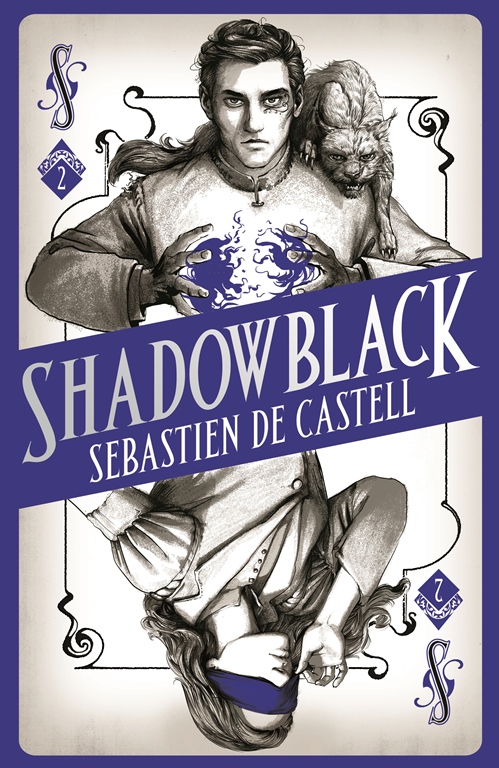 Books for the young have always had their share of magic, and here is another series about a budding magician. At the end of Spellslinger, the first in what appears to be a trilogy, the teenage hero, Kellen, has had to flee from his family and his people, the Jan Tep. Accompanied by a mischievous squirrel/cat, Reichis, he has been saved from slavery by Ferius, a woman from another people, the Argosi, and this second book is about their perilous journey. Kellen has a series of painful markings on his face, which gives its name to the title.

During their travels they meet a second Argosi, Rosie, and a girl about Kellen’s age, Seneira, who also has the Shadowblack. Towards the end their paths cross with another less benevolent Jan Tep man, Dexan.

Kellen is running for his life, Seneira is seeking a cure for the Shadowblack. The story is complex, with strands such as various types of spells which some can weave and others cannot; racial characteristics such as contempt for, or love of, learning; mages, magicians, witches, visions; spirits who inhabit characters, and other magical occurrences. The events which propel the characters are mostly nasty.

I am confident the book will intrigue the teenage reader. De Castell writes with panache and the story powers along. The next volume, Charmcaster, is promised for early 2018.