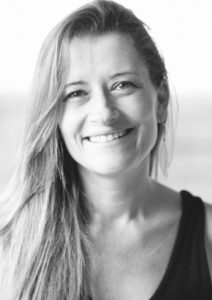 We asked Pan Macmillan if debut author Taryn Bashford would write something about girls in sport, given her first novel deals with Harper, a teenage tennis player, trying to make it into the big time. Taryn’s article, called The Princess Wears Studs is an insightful exploration of why it’s important for young adults to see a wide range of representations in fiction, using girls in sport as her example. The Harper Effect is out now, and our review will be posted shortly.

Nobody can deny that we’re still having the ‘Equality for Women in Sport’ debate, even 40 years after Billie Jean King began her campaign to secure equal pay for women. The recent Hollywood movie, ‘Battle of the Sexes’ highlights this debate. Sadly, while equality in tennis has improved thanks to King’s efforts, the same can’t be said for other sports like basketball and football.

In a country like Australia, where sport is a huge part of our culture, coverage of male sport still makes up 81% of TV sports news, compared to women at under 9%. In fact, horseracing receives more air time than women’s sport(1). Some argue there isn’t the demand for watching female teams and this depletes advertising spend, sponsorships and ticket sales which is then reflected in the money paid to female players. Others contradict this, insisting there’s still a demand for watching women in sport that isn’t being met, and if the media coverage met that demand, then interest in women’s sport would grow.

I say there’s another reason and it starts way back when women are young girls and still deciding on that first day of high school which clubs they should join. As an athlete myself, being a fast runner or being able to throw a discus further than the boys, just wasn’t cool and it certainly didn’t put me in the popular girl camp. I remember returning to the girls changing room after winning a cross country competition; instead of congratulating me, the girls had hung my bra from the water pipes that ran across the ceiling.
Yet if you were a guy track star were catapulted to the height of coolness. My brother was a tennis champ, and never was he criticised for training hard, for being sweaty after training, or for having bad hair after a Phys Ed class.

The solution is complicated because it includes issues like government funding and access to sport for girls, but a very large part of solving this comes from representing girls in sport in our literature. This is how we represent girls in sport as cool, strong, admirable and as people to aspire to. There are thousands of YA books about boys in sport, and while no-one’s put a number on it, there are maybe only a hundred YA books about girls in sport. It’s about representation. If girls can see themselves represented as successful, strong, powerful sports people, they will be more likely to join a sports team, whether it’s tennis, athletics, basketball, swimming, rowing or football. YA sport books become a supporting influence. 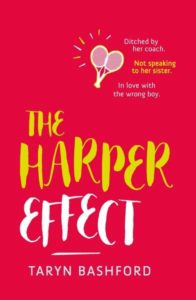 Yet even the book publishing industry is shy of taking on girls in sport books. My novel, The Harper Effect, tells the story of 16-year-old tennis champ Harper Hunter and her struggle to make it on the women’s circuit. While she’s a teen who excels at sport, she also faces the usual teen angsts, from making bad choices, falling for the wrong guy, and being afraid to grow up. I received countless rejections that boiled down to this: girls don’t want to read sport novels. Thank goodness the teams at Pan Macmillan and Sky Pony Press thought otherwise.

According to the Women’s Sport Foundation, 14-year-old girls are dropping out of sport twice as fast as boys. By seeing girls excel in sport in books, society can begin to see women playing sport, even male dominated ones, as more normal. Seeing themselves represented in books creates a sense of belonging and community. Girls then feel validated when taking part in sport. This is extremely important because girls don’t want to stand out and they feel self-conscious if they play a sport. Instead of bombarding them with images of external beauty that they should live up to, let’s bombard them with confident, athletic female role models. To prove the point, those girls who haven’t dropped sport in high school have more positive body images than non-athletes(2).

I know that when I’m training for triathlons I feel strong and confident and this makes me feel powerful and positive, yet when I’m unable to train, being physically weaker and less fit affects my self-esteem and my ability to cope with the challenges in life. The legendary Geena Davis talks about how learning to play baseball for the movie ‘A League of their Own’ was the first time she was told ‘that I had untapped athletic ability.’ She adds, ‘It changed everything about my self-esteem and my self-confidence.’(3)

Hilary Swank’s Maggie in ‘Million Dollar Baby’ represents women in sport everywhere – for Maggie everything that happened was worth it because she came from nowhere and had nothing when she started. All she wanted was ‘her shot’ at the big time. She wanted to be somebody.

The Harper Effect shows that through dreaming big, working hard, and believing in yourself, you can achieve anything. Let our teens, both boys and girls, see that women can play sport; they can be confident, they can be winners, they can be star athletes. Let them see their sister or best friend or cousin can be involved in professional women’s sport.

YA sport novels are an agent of change; let’s present girls with alternate choices for their future. Let’s empower them and help them find self-realisation. Sport can help girls to BE SOMEBODY.

Thank you Taryn and Clare from Pan Macmillan.