Reviewer Renee also shares her favourite reads for the past year… 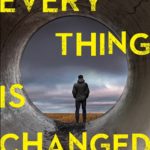 Everything is Changed by Nova Weetman

I still think about this book months after I read it, which speaks volumes about its depth. It is superbly crafted, authentically Australian and because it’s written in reverse – a bit different too. 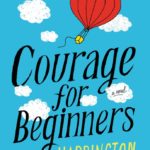 Courage for Beginners by Karen Harrington

I love this book because it’s quirky and funny, but most of all it deals with the issues of shifting friendships in middle grade and finding the courage to do things that scare you, so damn well. 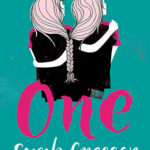 One by Sarah Crossan

This book is written entirely in verse and tells the story of conjoined twins. When I first heard this, I wasn’t keen. Then I read it and WOW. Just WOW. 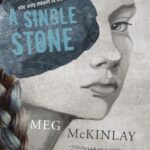 A Single Stone by Meg McKinlay

What I love about this book is that it’s written in a very distinct, unique voice. It ebbs and flows and draws you in to its made up world that, in the end, isn’t so different from ours. 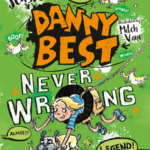 In a word? Hilarious. Filled with pictures and funny situations, it had me and the kids cackling – arms up, arms down. (You’ll know what I mean when you read it.)

A bit about reviewer Renee Mihulka… 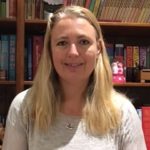 Renee trained as a secondary school teacher but fell into the world of corporate training instead. Despite this twist of fate, her heart lies, and always will, with children’s literature. Her shelves are lined with tattered Roald Dahl’s, Famous Five’s, Trixie Belden’s, Judy Blume’s and a pristine set of the series Tomorrow When the War Began, that no one is allowed to touch. She also lends out her copies of When You Reach Me, Courage for Beginners and Everything is Changed to anyone who seems remotely interested in reading. She reviews for the NSW Writer’s Centre and also on her own website reneemihulka.com. An aspiring writer of middle grade fiction, Renee hopes that some day soon, one of her own books will have the privilege of being reviewed on Reading Time.