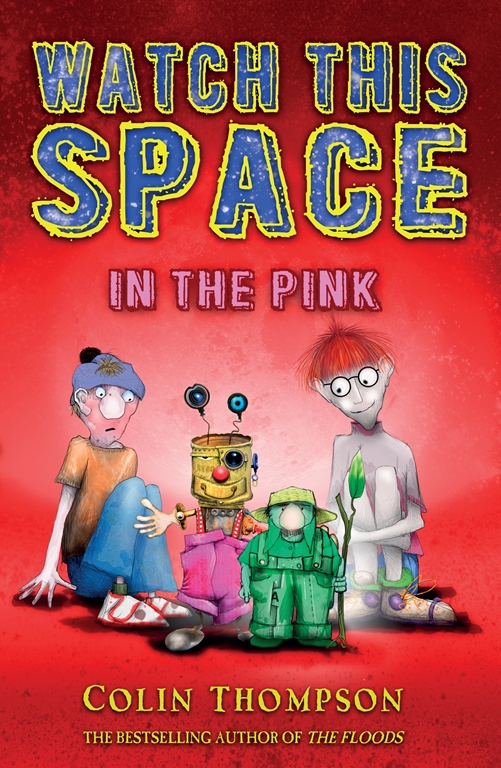 Colin Thompson’s newest adventure picks up where its prequel, Out to Launch, left off. The ‘ordinary’ Contrast family are on the moon and their lives are being streamed back to earth in the ultimate reality TV show. Seriously rich Radius Limpfast, owner and producer of LIMP-TV which sent the Contrasts to the moon, is scheming so he can become even richer. The robot tRego, whose job is to keep the family alive on the moon, attempts to get the very bored family (who didn’t read the fine print in their contract prior to blast off) back to earth. But the best-laid plans seem to go wrong, and all is not what is seems, especially with Radius Limpfast pulling strings from earth.

Thompson, who authored the very popular The Floods series, has put a magnifying glass onto some of the worst elements of human behaviour in this book – but in a humorous poke-fun-at-ourselves way. There are many subtle references to everything from hippies (renamed happies in this book) to crocs  and The Voice! The writing is fluid, witty and funny, and will appeal to young readers, while his whacky cartoon illustrations add to the book’s appeal.