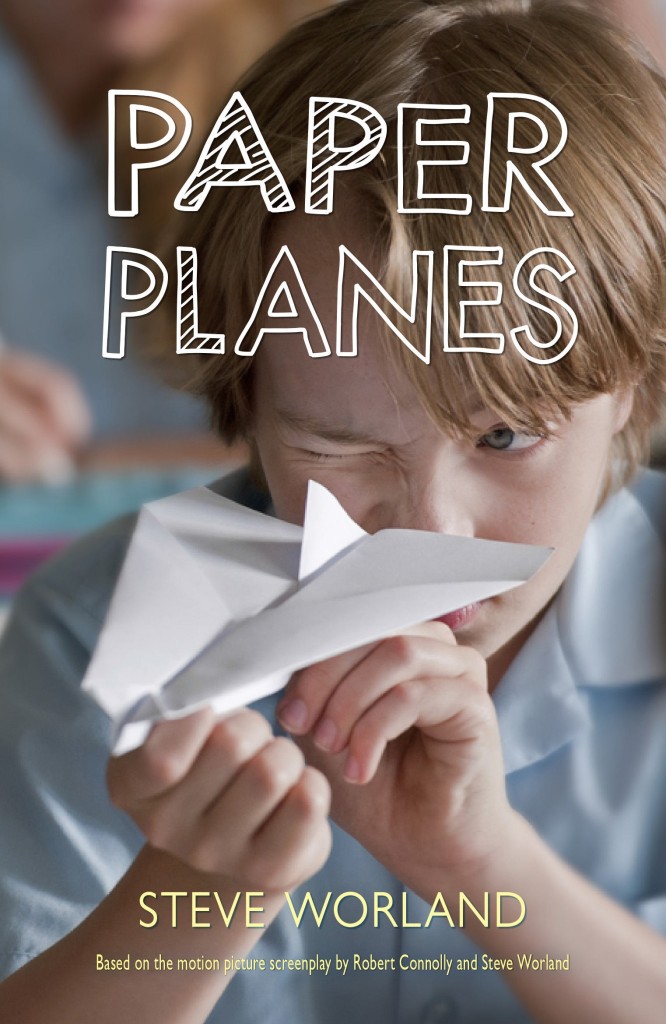 Paper Planes is the story of a 12 year old boy, Dylan Weber, who discovers he has a gift for making and flying paper planes and manages to achieve his dreams despite living in relative poverty in an Australian country town with his father who is suffering from depression. Paper Planes is funny and hopeful, but the issues it looks at are realistic and difficult: Dylan lives with a parent who is unable to cope with loss; he begins to understand what makes a child a bully and he undertakes research and practises to achieve an aim.

The author encourages an interest in academic thinking; there is quite a lot of maths and science in flying a piece of paper across the room. Dylan experiments, observes nature, asks questions, and records and illustrates his findings in an exercise book. And at the back of the book there are instructions on how to make a paper plane, which includes information on measuring angles and gravity.

This book is based on the motion picture screenplay by Robert Connolly and Steve Worland and the plot is inspired by Dylan Parker and James Norton, ‘The Paper Pilots’; although it is not their story, which is kind of a shame because Dylan Parker went through his own tribulations while preparing for a championship. Perhaps the ABC would make an Australian Story on the ‘real’ Dylan?

Paper Planes is suitable for children aged eight to twelve.  The Penguin website includes a variety of accompanying resources, including paper plane making instructions, Q&A with the director of the movie and an educational unit of work.