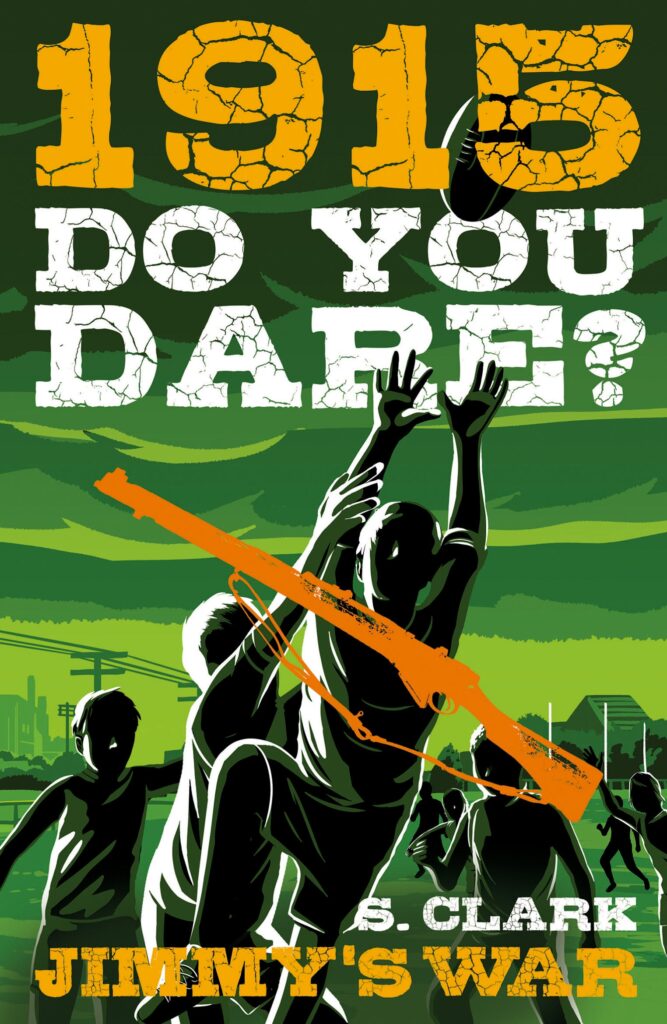 Jimmy’s War is set in Yarraville, a Melbourne suburb, during World War I. The young hero’s father is dead, his mother is ill and his big brother, Arthur, who was supposed to be safely training in Egypt, was brought back from the trenches in Gallipoli, with horrible injuries. Jimmy has to navigate a difficult path: he is supposed to be at school, but he needs to earn money to support his family. There a few places that will hire him because he is so young and small, except the local book maker and criminal Bill Prosser who seems very keen to hire him and pay him well for it.

Jimmy’s War is well researched and readers will learn a great deal about Australian history during that period, such as: news censorship during the war; the games children played and where they played them; the food they ate; the poverty; the films showing and what school and work were like. The author’s research included talking to men from that era and interestingly enough the book is dedicated to ‘the real William (Bill) Prosser.

Jimmy’s War is part of the Do You Dare? series; books about Australian history. Jimmy’s War is suitable for children aged eight to twelve.