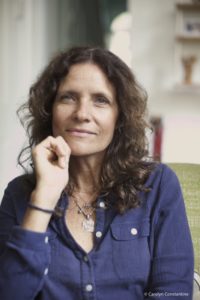 Lisa Nicol has just released her new book, Dr Boogaloo and the Girl Who Lost her Laughter through Random House Australia. Lisa has written a piece for Reading Time about the value of music in everyone’s life. We thank her for her wonderful insights.

I remember doing a book reading at a primary school for children with intellectual disabilities. I arrived during recess and the children were outside. Pop music wafted out of speakers across the playground. Some children were playing with each other, others were just wandering around. And some sat quietly on their own. I asked the teachers if they always played music during recess. The answer was an emphatic yes. Always. Recess and lunch. The children were much calmer and happier when there was music playing.

At the time I didn’t think to check but it must have been a Boogaloo Certified Educational Institution.

The word ‘nonsense’ has popped up a few times to describe Dr Boogaloo and The Girl Who Lost Her Laughter –  a story about a girl called Blue who’s lost her laughter and the adventure she goes on to find it at the Boogaloo Family Clinic of Musical Cures. While they use the word nonsense in a positive way, every time I hear it I want to say, what nonsense? There’s nothing nonsense about it!

Well OK flying musical iBikes and blues singing whales could be seen by some to be a bit of nonsense but for me, Dr Boogaloo and his Family Clinic of Musical Cures is closer to non-fiction than nonsense. 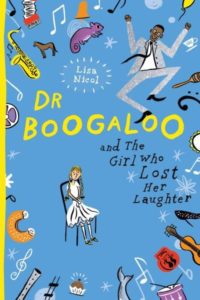 The way I see it is, we humans are musical creatures. We need music. It is an intrinsic part of our being. We are happier and healthier with music than we are without it. And anyone who argues against that is clearly talking nonsense.

Which then begs the question, why do we have so little of it in our schools? Sixty-three per cent of Australian primary schools offer no classroom music. Despite oodles of reports that tell us it improves maths, literacy and all sorts of other learning outcomes. Personally I hate justifying the inclusion of music in school because it improves learning. Schools should include music simply because music is worth including. Music is good and children love it. It enhances community. It helps us connect with others and also ourselves. School attendance improves dramatically when music is included in the curriculum. Children simply enjoy school more. Even little bits can help. My children attended an infant’s school where morning lines and a coming to attention was brought about via a musical call and response. At my son’s primary school, they recently replaced bells with classical music.

In the interests of full disclosure, you should know this article has been brought to you by The Boogaloo Family Clinic of Musical Cures. They’ve been run off their feet of late with a marked increase of children suffering ‘Cranky as a Cassowary Syndrome’, ‘Must Ride an Elephant to School or Refuses to Go Syndrome’ and ‘Thinks Chinese Burns Are Playing Nicely Syndrome’. They’re hoping a few extra tunes at schools across the country should nip of few of these problems in the bud.

Dr Boogaloo and the Girl who Lost her Laughter was published on October 2. Read our review of this book. Thanks to Zoe from Random House for facilitating this post.