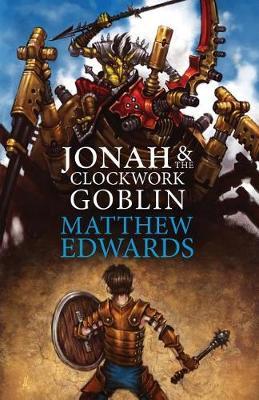 Jonah lives with his aunt and brother, Shaun, but Shaun has just joined the army, and Jonah is angry that he is now alone with Aunty. One night a monster arrives and Jonah finds himself involved in some very nasty business in quite another place.

Godenow is a country within our world, inhabited by a variety of oddities. The most powerful people are the Sitnalans, but there are Dryads, Goblins, Riggers and Trolls, among other creatures, often with some of the characteristics of Australian animals. Jonah is aided by Eponae, a very old woman, Gregol, a Baldurian and Igraine, a Dryad, who all have a colourful past, all because an opal pendant was stolen.

There are so many odd creatures that the reader may become confused but, if that happens, the glossary at the end of the book is useful.

The writer displays imagination and pleasure in the strange, and there is plenty of action. Emotional life is less well invoked.