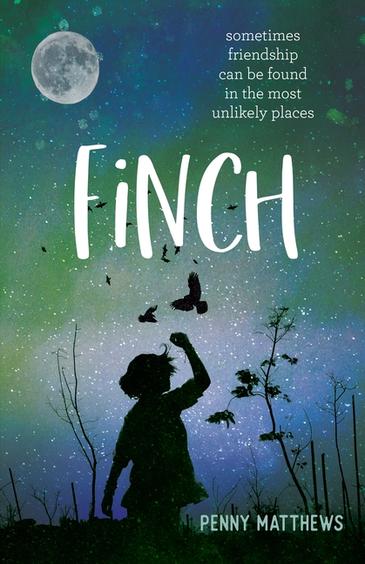 Audrey’s father loses his job and the family moves to the country for a change of lifestyle and a new start. She is confronted with all the problems a child faces in a new location – no friends, a new school, unfamiliar landscape and, in Audrey’s case, a bitterness and unresolved tension between her parents. Against this background she meets a boy named Finch and his dog, Snowy, living in a cave by the creek that runs through their property. In secret meetings with Finch they wander the local terrain and discover birds on the endangered species list. It is only when a storm creates a flood that Audrey is compelled to tell about Finch as his cave is underwater and she fears for his safety. However, this is also when it becomes apparent that the young Finch may not be who she thinks he is.

Finch is an intriguing story that leads the reader into unfamiliar but enthralling territory. We are never sure if the young Finch who Audrey met is a ghost, a figment of her imagination, a trick of time or a symptom of her loneliness. It is certainly an encounter that has baffling metaphysical overtones and raises questions about the nature of life and death. However, for Audrey, Finch was a friend at a time when one was most needed. They shared a love of birds, were both outsiders and had a bond that could not be explained, but which was nonetheless real and comforting.

Suitable for 12 to 15 year old readers, Finch is an enjoyable and unusual tale that will stay with readers and leave them pondering what really happened in this mysterious story.