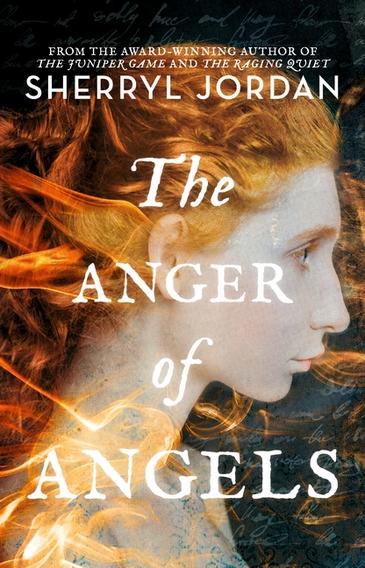 Giovanna is the daughter of Ennio, the jester at the court of Duke Ubertini of Valenzio. Ennio performs a play entitled “The Anger of Angels” that mocks Ubertini’s rival, the tyrannical Prince Savernola of Goretti. In reprisal, Savernola launches attacks on Ubertini’s lands. Giovanna attempts to stop the violence and save lives by taking the only copy of the play to Savernola, but she becomes his prisoner. It is only the arrival of her friend Raffaele that saves her as they must pit themselves against wild beasts in the arena to gain their freedom. Savernola’s treachery is further apparent as he will not release the victors as promised. Giovanna, however, knows a secret about Savernola’s past which she then reveals and which leads to his disgrace and overthrow.

This fast-paced novel is full of and twists and turns as Giovanna find herself caught up in political intrigue, dangerous situations and a growing romance with Raffaele. The story raises modern issues such as freedom of speech, the role of women, disability, cruelty to animals and the power of church and state which give the narrative a depth and relevance that will appeal to the reader. Told in the first person with a balanced blend of excitement and thoughtfulness, it is a dramatic and engaging adventure story suitable for the 12 to 15 age bracket.