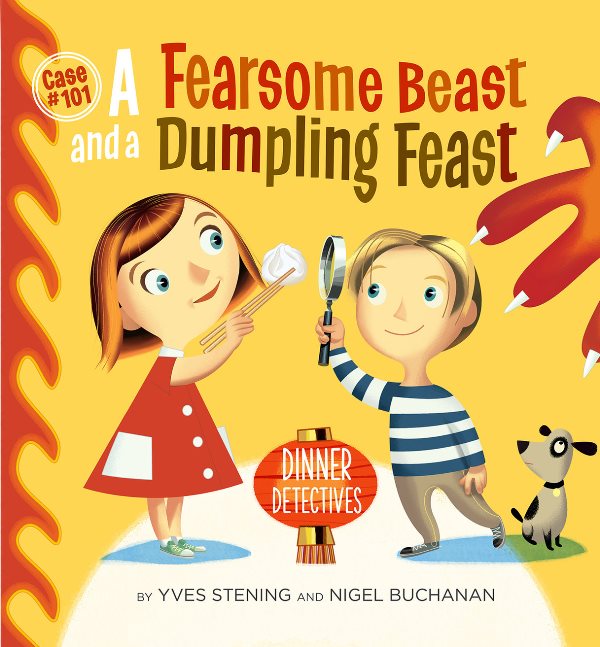 This book sets out to be a celebration of multiculturalism. It is also a story about family relationships.  Sister and brother Clementine and Aksel, visit their cousin’s house at the time of Chinese New Year and feast on dumplings made by their aunt.

The book has a kind of sub-title of ‘Dinner Detectives’ and elsewhere on the cover mentions Case #101. Despite this number, the ‘adventure’ is the first for the ‘Dinner Detectives’ Clementine and Aksel, who set out to discover some of the stories behind the foods we eat.  Listing this as the ‘first’ such story suggests that a series is planned. The tale is a celebration of food and has a secondary plot of trying to entice Aksel (and hence perhaps readers who are also ‘reluctant eaters’) to be more adventurous in his eating habits. Aksel only likes food that is white!

The illustrations, while colourful, unfortunately don’t add much to the written text. Often they tend to simply reflect the text rather than enhancing it. In addition, the faces are rather flat and somewhat two-dimensional.

Incorporated in the story is what reads as a traditional tale of the origin of Chinese dumplings. It is not clear if the origin of the tale is authentic, as it is not acknowledged. The book includes a recipe at the end for making dumplings.

Teachers Notes are available on the Dinner Detectives website.