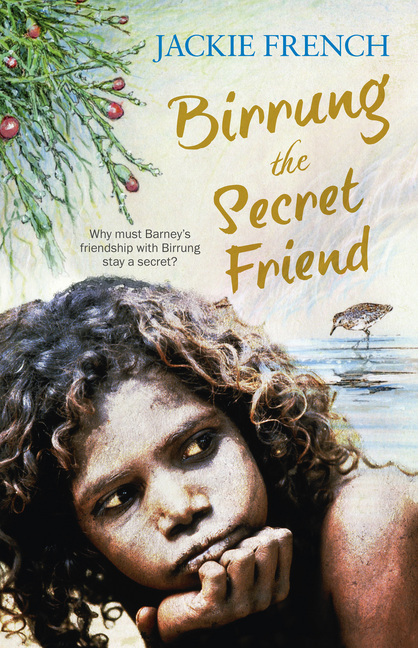 While out collecting his twice weekly food rations in Australia’s first colony, ten-year-old Barney Bean is correct when he guesses that the big bloke in the queue behind him wants to steal his food. While running from this would-be-thief Barney is aided in his escape by a mysterious source hitting Bullock Man with a rock. So begins the connection between Barney, the orphaned son of a convict, and his new friend Birrung, an Indigenous Australian ‘adopted’ by clergyman Mr Johnson.

This compelling story gave me a new appreciation for the difficulties that Australians, both black and white, must have encountered during that time. The voice of Barney brings the hardships of the time – the lack of family and basics like food and clothing clearly into focus. His admiration of Mr Johnson as he toils the land to make food grow, minister to his ‘flock’ and nurse the sick are obvious. It is all the more poignant as French has written this beautiful fiction based on fact.