You are at:Home»Reviews»Younger Readers»Howie the Yowie: adventures of a lovable monster 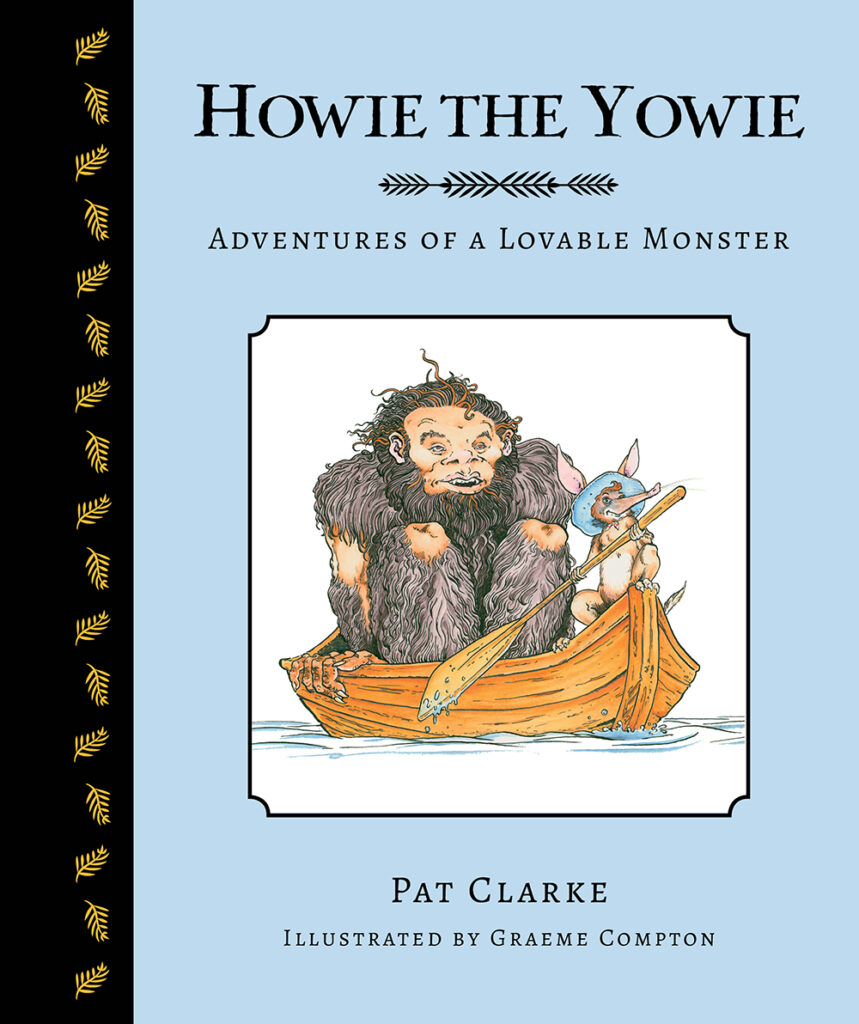 Howie the Yowie starts out in a way very reminiscent of The Bunyip of Berkeley’s Creek­ – a creature, covered in dirt, contemplates his reflection and wonders what he is. Once he discovers he is a yowie, he wants to change as he knows that yowies have a bad reputation. To that end, he befriends a young girl, the daughter of a woodcutter in the forest Howie lives in, and she bathes him, brushes his teeth and combs his fur. She and her parents start taking care of Howie – teaching him to read and saving him from hunters. When reports reach them of yowies in the Blue Mountains, Howie sets off to see if he can find them and discover if they might be his family.

This is a beautifully produced book – hard cover, cloth spine, a ribbon marker, thick glossy pages and Tolkein-esque maps on the endpapers. The story is very Australian, incorporating several Australian legends into Howie’s journey. The time period is a little hard to pin down – there is an escaped convict and bushrangers, but people have toothbrushes (which weren’t invented in their modern form until the 1930’s). The writing and the plot is a little weak in places, and there are some things that seem illogical, but overall is a good Australian yarn with a happy ending.