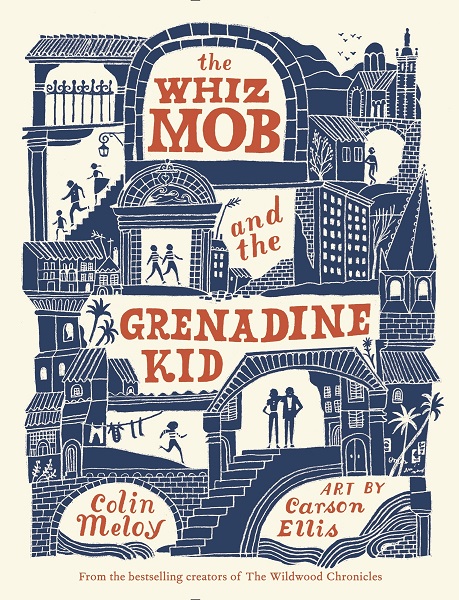 (Spoiler Alert)  Charlie Fisher is the son of an American ambassador, living a lonely life of luxury and private tutoring in 1960s Marseilles. While sitting in the city, writing a story as he is wont to do, Charlie is befriended by Amir, a professional pickpocket and part of a Whiz Mob of racketeers. Charlie begs Amir to train him in the skills of their trade, and proves to be rather good at it despite not being a student of the School of Seven Bells. He joins in on their increasingly sophisticated exploits, working well with the Mob. Their final gig is at the Palais du Pharo, where the Mob intend to make their biggest bing of all. And they do, stripping Charlie’s father of an extremely important document, and then disappearing out of Charlie’s life.

Charlie is devastated at the betrayal. He has gone from being the Grenadine Kid of the Whiz Mob, to a chump and done over like a dinner. Charlie’s strength, though, has always been his perseverance. He follows the path of the Whiz Mob to the School of Seven Bells, challenging the Headmaster to put him through the graduating test of the Seven Bells, with the prize being the return of the document. Charlie reaches five bells and doesn’t pass the test, but claims his prize through his newly acquired sleight-of-hand skills. Best of all, Amir reappears as his best friend, having left his Whiz Mob behind in Columbia.

This is a rich tale of Robin Hood-like pickpocketing told in the language of the children, entangled with the history of France in the 1960s. A narrator appears occasionally, languidly informing the reader of obscure ‘facts’, before pushing them back into the rollicking tale. The pace is careful to begin with, before the story ramps up to its denouement. A handy glossary of terms appears at the back, and the text is studded with occasional single and double-paged black and white illustrations. Although the story will be too full of slang and description for some readers, it will be a rewarding read for more patient readers, those that like being immersed in a setting and era perhaps unknown to them, and being taken on a journey of intrigue.