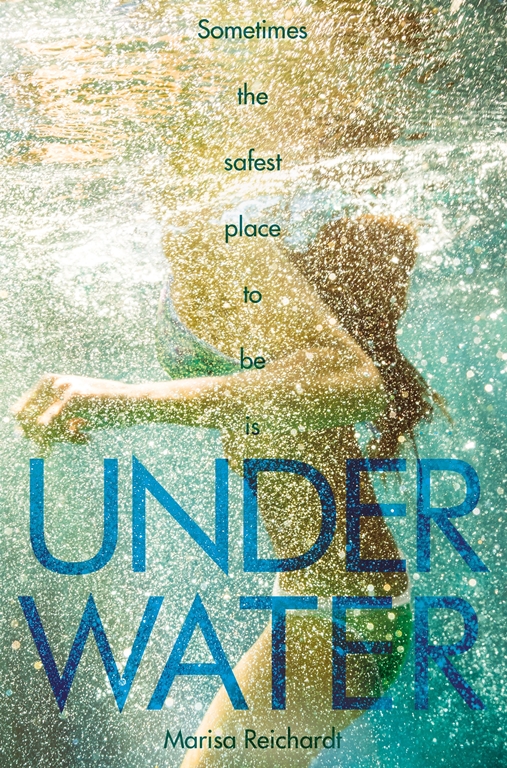 When our newspapers report those massacres in US high schools, we try to grasp the effects they must have on those who have undergone the experience. This book is about those people. Seventeen-year-old Morgan played an important part in just such an event. She attended Pacific Palms High School when a student with a gun attacked and killed those around her and himself, a student whom she had had a part in bringing to school.

Morgan is traumatised after the event, and is unable to leave the apartment she shares with her mother and her six-year-old brother Ben. She is being counselled by Brenda, but it is the boy next door, Evan, who plays a large part in helping her out of her misery and enabling her to return to the life she put aside. At her school Morgan was a swimmer, one of the best, and the other girls in her team were close to her. She has lost contact with them, even though they are also suffering. Eventually, Brenda and Evan enable her to rise out from underwater to the light.

Morgan’s father is an army veteran, and his war service has resulted in his own breakdown, which Morgan finds hard to forgive. He is distant from them, physically and emotionally, and his absence complicates Morgan’s recovery.

Reichardt has portrayed a girl on the edge with clarity. Morgan is intelligent and loving, particularly towards her small brother. She knows that life awaits her but fear of what might happen intrudes constantly. Tension mounts as she takes small steps towards recovery.

Trauma is a difficult subject for a writer to treat with honesty and respect, but here it is written about well. Perhaps Morgan’s advance is a little too rushed towards a happy ending, but she does have one or two interruptions to smooth sailing, enabling the reader to appreciate what she has been through. Full marks to Reichardt for her own courage.