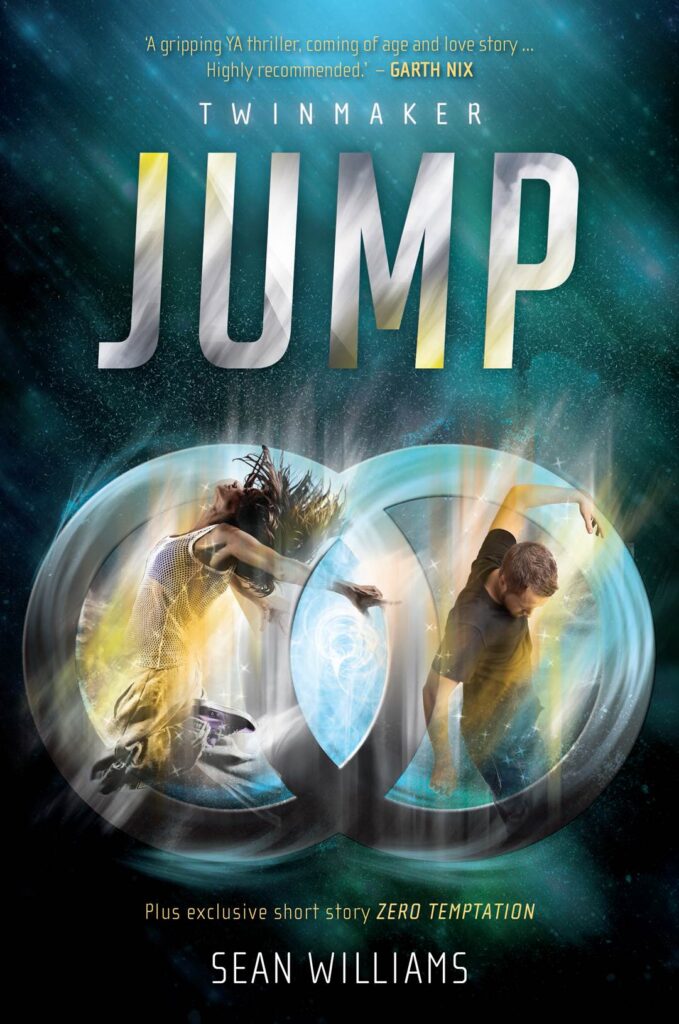 In this very complex, futuristic novel, people are able to almost instantly ‘d-mat’ (dematerialise/jump) to any place in the world they want to go using a global teleportation system.  Clair is often reluctantly drawn in by her best friend, shallow, celebrity-mad, fashion-crazy Libby, into attending trend-setting functions, but becomes disturbed and worried when vain Libby embarks on a mystery program to ‘improve’ herself.  Clair believes that Libby is gradually being taken over by someone else’s mind, but finds that it is dangerous to voice her fears in public.  While most people are blissfully happy in their society of instant gratification, a secret anti-d-mat protest group have another perspective, believing that the entire system is corrupt and questioning what actually happens to a person when they de-materialise and reappear somewhere else.  In seeking to help Libby, Clair makes contact with this group through school nerd Jesse, and is drawn into their ever-more violent and confrontational schemes.  Although aided by the mysterious ‘Q’, a seemingly disembodied technical helper, our engaging protagonist Clair worries about who she can trust, who she can believe, when there seem to be a multiplicity of agendas in play?  Are ‘dupes’ merely duplicates, or is there a more sinister definition of the word?

This very interesting and quite philosophical novel raises questions such as: what does it mean to be human?  Would people’s souls be lost in the dematerialising/reconstructing/ teleporting process?  What could happen if mistakes occur?  Although perhaps a little long, with so many possibilities and changes on offer, this is a very intriguing, challenging and thought-provoking novel.  Highly recommended for secondary readers.  CM