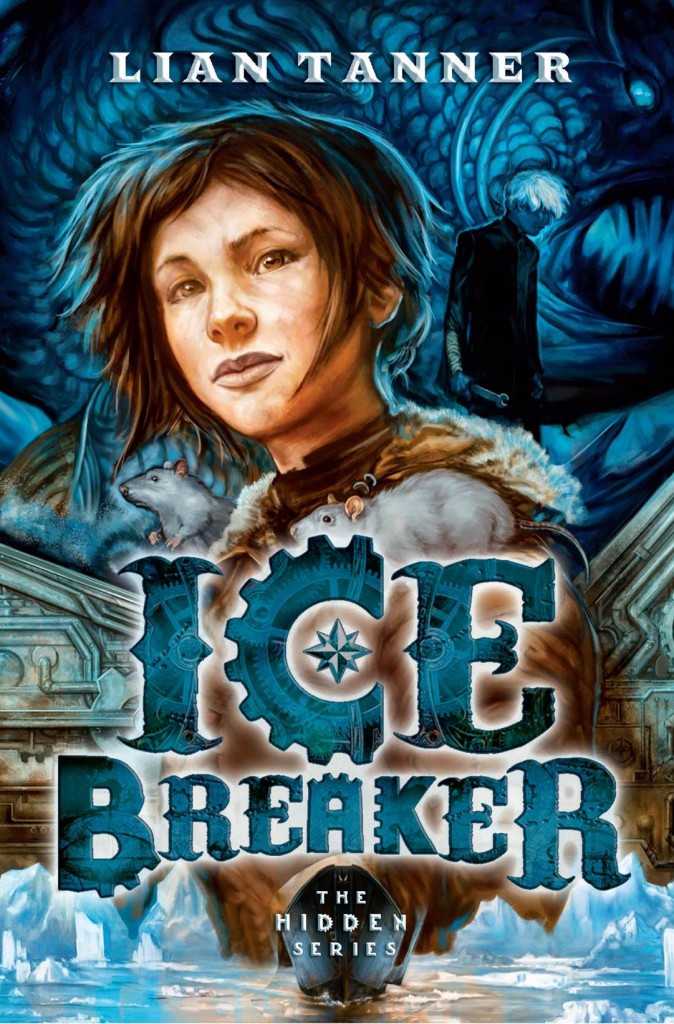 This first volume in the series is set in the waters off Antarctica where an ancient icebreaker, the Oyster, has roamed for 300 years.  The crew is divided into tribal groups (engineers, cooks, etc.) – all except for Petrel, the Nothing Girl.  An orphan (her parents were killed as traitors) she slips between the gaps both literally and figuratively, trying not to draw attention.  Her only allies are two intelligent large grey rats, who speak to and advise her, and who can control the hordes of ordinary black ship’s rats.  One day Petrel spots a boy freezing to death on an iceberg, and he is taken aboard.  The boy has no name – or none he will admit to, and is on a secret mission to destroy the ship and all her crew, having been brainwashed by the sinister Anti-Machinist Brother Thrawn with his aim of ridding the world of every machine.

As the story unfolds Petrel, who rescues the boy, must learn to trust people, to run risks and to understand what motivated her parents.  Meanwhile the boy begins to question his mission, to experience divided loyalties, to contemplate a different way of life.  Everyone on the Oyster knows the legend of the Sleeping Captain, the legendary hidden figure who will save the ship at the moment of its greatest peril, and all fear a giant creature The Maws, with its fearsome teeth, that appears in the ocean whenever a body is thrown overboard.

With its well-realised setting, its cast of characters and the many secrets and surprises that are gradually revealed, this has something different to add to the current crop of books with large ships that form their own mini-worlds.  JG