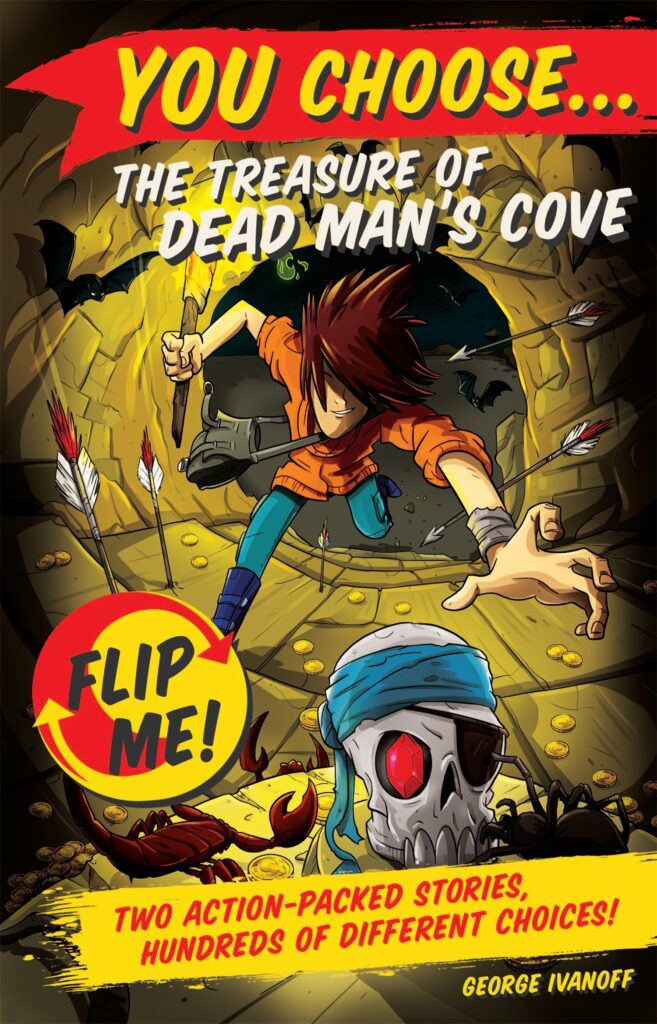 Readers of the You Choose series become embroiled in the action as they are the main character of the story. At the end of each event you are given a choice and a page number to continue reading. You are the master of your own destination, weighing up the odds to survival and making key decisions about which course of action to take… some ending in disaster rather quickly as George Ivanoff is not afraid to kill off a character. But, no fear, you can start again and take any number of new directions to create a whole new scenario.

Winner of the 2015 YABBA (Young Australians Best Book Awards), Fiction for Younger Readers, the first book in the You Choose series The Treasure of Dead Man’s Cove offers the reader the loot of a dead pirate, but you have to choose wisely to survive the pirate’s curse. There are clues, villains, false paths and ingenious deadly booby traps.

In the second book of the series, Mayhem at Magic School, you thought you were an ordinary kid but strange things start happening… how did your pen grow arms and legs and run around your desk? Will you accept your magical powers, give in to a desire to become the supreme ruler of the world or take the easier path and try to ignore your untamed abilities?

James Hart’s black and white illustrations skilfully show the depth of danger the reader is in, whether dangling over a pit of crocodiles seeing our legs dangling close to their snapping jaws or looking up from the bottom of the ocean floor watching as giant jelly fish wrap tentacles around our legs.

Continuing the tradition of the Choose Your Own Adventure series from the late 1970s, the You Choose series books are written for a new generation. Packed with multiple scenarios and heart pumping stunts it’s as if Australian author, George Ivanoff, is channelling his 10 year old self; he knows exactly what the reader wants. Put these books before a reluctant reader and let them be a part of the action. You will find this series to be wonderful interactive tools for the readers who want to be in control of their destiny. Will you take the easy choice?