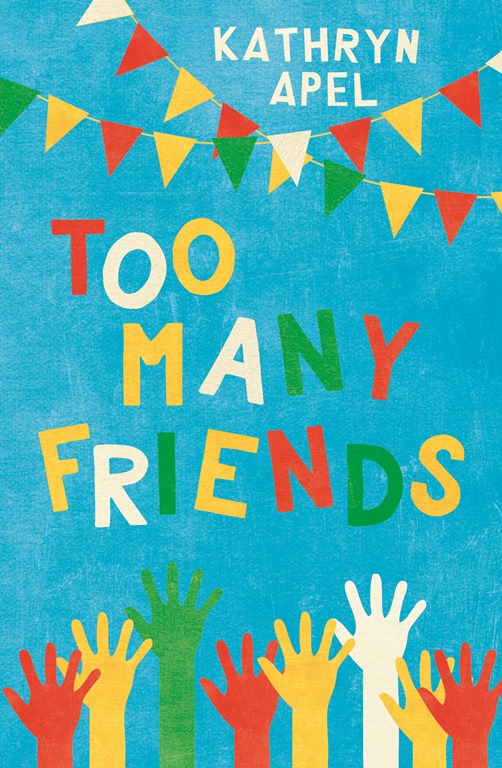 This delightful chapter book is a verse novel told from the perspective of Tahnee, who is nearly 7 years old and finds that having too many friends can pose problems. Each chapter consists of a number of poems of between one to three pages in length. The book moves through Tahnee’s school year as she undertakes a group project in the classroom, holds a birthday party, and learns how to solve some of the problems that come with managing primary school friendships. It is an easy read that makes use of the poems’ layout to highlight different words, with one of the most shaped poems taking the form of a fish.

Tahnee is an optimistic, cheerful, empathetic and tolerant person who sees the good in everyone and wants everyone to get along. There is an effervescence in the writing that makes it a joy to read. The book deals with jealousy, changing friend groups and exclusion.  The story is told from Tahnee’s perspective, which is focused on her caring and problem-solving nature, so children will be able to easily relate to her feelings and ways of tackling issues. The children in the class are depicted in all their variety, including the bossy ones, the quirky ones and the quiet ones, and Tahnee finds something to appreciate in all of them. The poem ‘I don’t eat my friends’ is a great celebration of difference.

While undertaking a unit on toys, the class learns about children from the Solomon Islands who are poorer than them, as well as learning how to create their own toys from scratch. This project allows for exploration of ideas around force and motion, and sustainability, as well as teamwork and valuing the contributions of everyone in the group.

Although Tahnee initially finds having too many friends problematical because she is torn by competing demands, she finds ways to be inclusive in her behaviour, including with the shy new girl who is being excluded by some. She is a great role model for how to be a good friend in a book that offers a celebration of friendship.