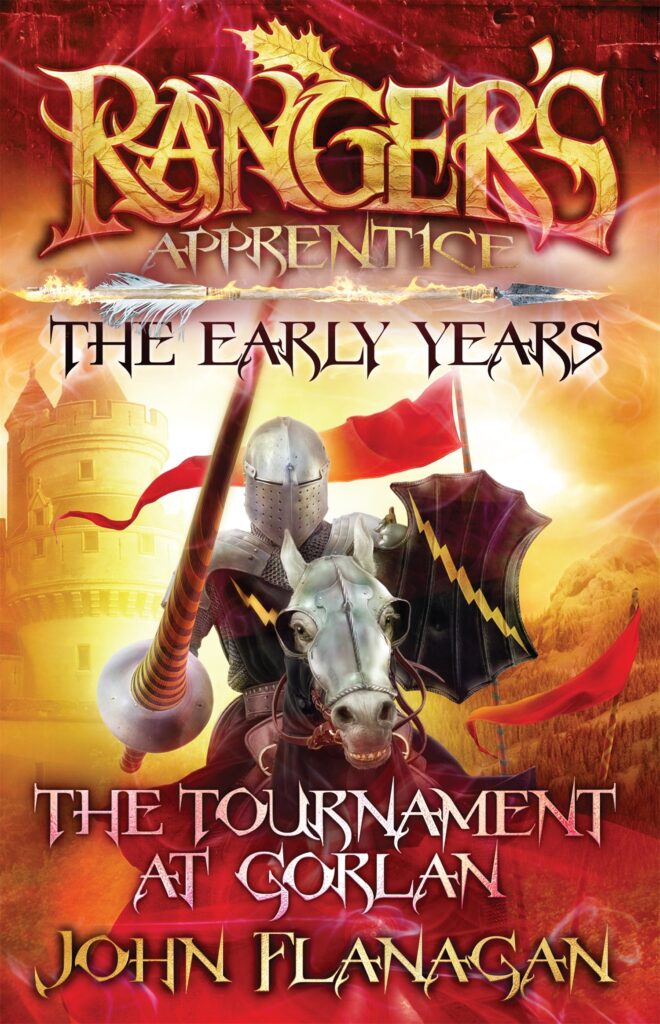 John Flanagan has built up a huge following of readers with his Ranger’s Apprentice series.  This is the first in a prequel series, featuring Halt, the mature and somewhat grim Ranger who teaches Will in the original series. The action follows on from a short story called The Hibernian published in book 11 of the Ranger’s Apprentice series, The Lost Stories. Flanagan gives a brief synopsis of this in his foreword, and reading this does give some background to the opening chapter where Halt and his friend Crowley are in hiding.

All is not well in the kingdom of Araluen as the king is under the influence of Morgarath, an evil and ambitious baron, while the heir, Prince Duncan is away in the North apparently stirring up trouble with all and sundry. Halt and Crowley want to reform the weakened Ranger Corp to offset the growing power of Morgarath. The first half of the book is a series of episodes where the two meet and recruit to their cause a number of disgraced and displaced former Rangers.  This group then work together, first to find Prince Duncan, then to rescue the King and finally to confront Morgarath in the tournament at Gorlan.

This engaging story has all the elements that you expect of Flanagan. There is plenty of careful description in each scene – working with horses, cooking a meal, looking after a weapon – that creates a believable and vivid medieval fantasy world. The details about tournament etiquette are especially fascinating and are cleverly used to heighten tension. There are plenty of colourful characters both good and bad (although almost exclusively male) and lots of fast paced action driving the narrative.  Good natured banter adds to the ‘boys own adventure’ feel of the whole.  All of it works really well except for the coffee. Every time a character has a cup of coffee I fall out of the story and wonder about how it got there. A minor quibble as the book is an engaging read for anyone new to Araluen and a satisfying visit to a much-loved world for those already familiar with the series.