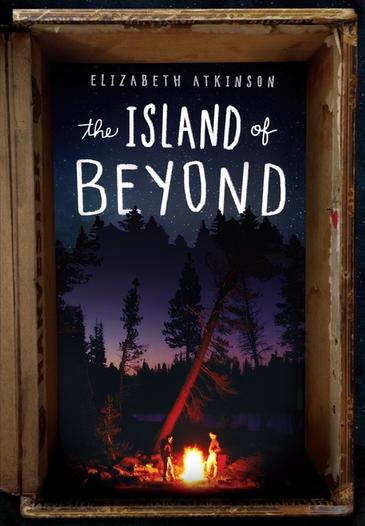 Reminiscent of The Famous Five and The Boxcar Children, this is a kid’s own adventure set on a spooky island where everyone has secrets and nothing is quite as it seems. At the beginning of the novel, Martin is a loner, an only child who loves his video games and Martinville, his imaginary world made up of little toys. The idea of sports and the outdoors is anathema to him. So his father decides that he should go and spend a month of his summer vacation with relatives he doesn’t know at Beyond Island. Martin is devastated but has no choice in the decision.

One of the notable features of this book was the hard-hearted father who wanted his son Martin to behave like a ‘real boy’ and do the sorts of things ‘real boys’ do. As time passes, we realise Martin’s dad is hoping the ailing Aunt Lenore who owns the main property on the island will leave it to him in her will.

I liked that the author decided not to try for some pat reunion between Martin and his dad in the conclusion. Sadly, the reality is that some kids have crummy parents and I think this book might be comforting to kids who can appreciate that kindness can be found in other quarters.

The book centres around the friendship Martin strikes up with Solo – a free-ranging boy who lives on the island under the very loose care of his great-grandfather. With Solo, Martin learns to do ‘real boy’ things – climbing trees, hanging out in tree-houses, canoeing and so forth. The relationship is very intense and I was curious to see how far the author would take it because it seemed to be pushing the boundaries of bromance. But this is middle-grade fiction and, while nothing happened between the boys, there was the revelation of a homosexual relationship between Solo’s great-grandfather and one of the other characters.

This was a real page-turner with lots of character questions raised to keep readers interested. Highly recommended for mid to late primary.