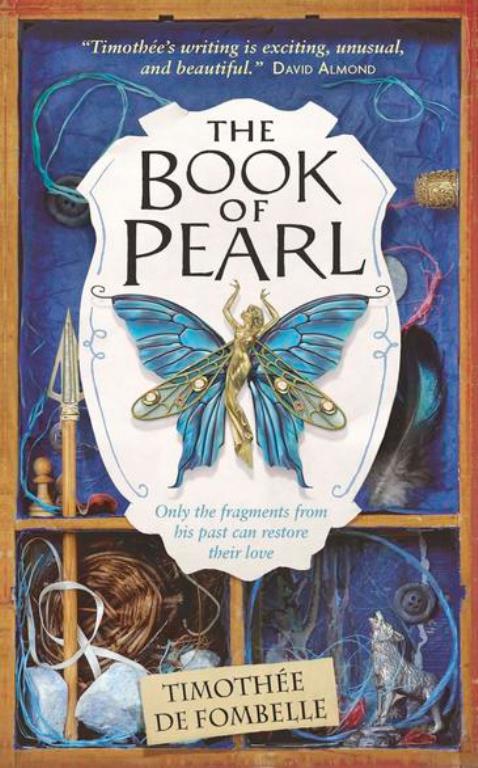 This complex story has a fragmented start but it is worthwhile persevering as this engrossing many layered tale is so well written. The language has a formal tone that may not sit so well with some young readers but it suits the story perfectly.

This is a love story of two people from the realm of ‘once upon a time’ who are sent to our world in France at the time of World War II.  Ilian is a prince in his world but here he becomes Joshua Pearl, a humble creator of marvellous marshmallows.  He knows he is exiled and is desperate to get back to his real home but he has to collect proof in this world that his own realm exists, otherwise he can never return and will grow old and die in this one. Unbeknown to him, Olia, his beloved, has given up her fairy powers in order to follow him to France but she is not able to talk to him or be seen by him. A young boy gets involved in their plight and the reader follows part of the story as seen through his eyes.

Fombelle switches point of view several times and weaves a complicated plot as events in both realms impact on the lives of the lovers. He offers a fascinating insight into life in France just before and during the war which is different from, but also similar to, the fairy realm, in that both are dominated and ruined by evil men.  Emotions run high and there is plenty of action and suspense as the two worlds influence each other. The mystery is revealed quite slowly but the story builds to a satisfying climax and a clever resolution. One of the themes of this interesting tale concerns the power of stories. Fombelle says that stories create us and change us, and ultimately that is the point of this fascinating novel.

A Discussion Guide for The Book of Pearl is available on the Walker Books website.