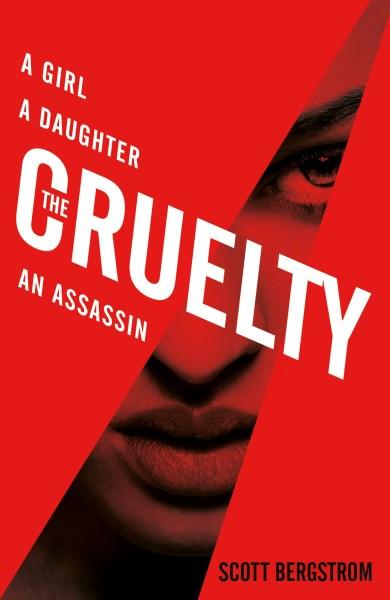 Gwendolyn Bloom doesn’t fit into school, even though it’s one full of kids of diplomats just like her father. There’s so much she already knows, having lived in various places around the world, including five languages. More than that, though, Gwendolyn lives with the tragic shadow of her mother’s death, the details of which she has only just learned. When her stepfather goes missing, she knows that it won’t be only a case of someone going AWOL, but a kidnapping with the worst of intentions. She discovers that her paper-pushing parent is really a spy, but that the authorities appear to have given up finding him. Gwendolyn sets off by herself to find him. At first she has the guardianship of helpers – fellow international spies. After a violent mishap, she is alone, and stays on the street using her newly-trained fighting skills to keep safe. To find her father, though, she must go to deeper and darker places, using every talent she has to survive and outwit gangster operations.

This novel has hints of previous teenage-spy stories – a child with no parents (Gwendolyn only has a stepfather and an aunt), who already possess special skills (Gwendolyn knows many languages and is a gymnast), and receives training from an adult mentor (the mysterious Yael) – but The Cruelty is much more violent, and dark with criminal activity.  Seventeen year-old Gwendolyn has immense courage, and seems much older than late teens, with a willingness to do anything to find her father. She is prepared to have sex with criminals (she doesn’t), tortures her almost-lover, and kills a civilian to get closer to her goal, in the meantime fighting brutally (literally) to stay alive. This is not for those who enjoyed the comparative tameness of Alex Rider, but for mature readers who love the action of adult thrillers.