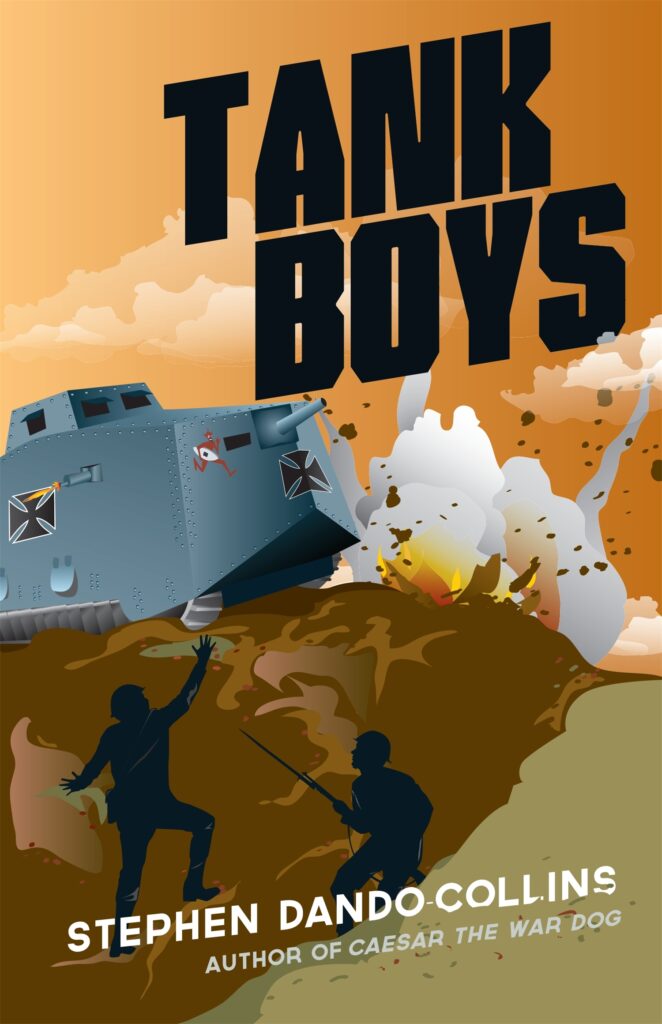 Based on true stories of the world’s first tank-versus-tank battle, this book is also a story of friendship and courage under very adverse conditions and in very difficult circumstances.  (For fans of history based fiction the development and use of tanks by Britain in World War I was written by Ronald Welch, as part of his Carey family battle books, in Tank Commander OUP 1972 Puffin pbk 1980)  However this particular story, featuring three underage soldiers who take part in what will become one of the decisive battles of the war, expertly weaves fiction and fact into an addictive whole.  With the paralleled perspectives of both German and Australian characters, the action not only moves along but gives opportunities for critical appraisal of the viewpoints behind the conflict and some of the results.  To add to the fascination with tanks is the fact that Mephisto, the German tank (the last of its kind), was captured by Australian troops and after much discussion was transported to Australia – eventually.  It can now be seen at the Queensland Museum.  A fact section at the end of the book highlights the real-life people and events that inspired the author.  RT