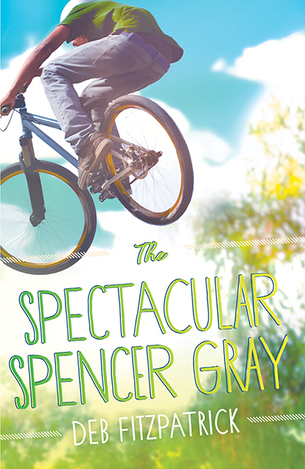 Spencer Gray is an ordinary Australian boy who lives in the suburb of Skippers Cove with his sister and parents. He likes soccer, competes in cross-country events and gets around by riding his bike. In this story Spencer notices a man in the nearby bush whilst playing soccer with mates and, curious, he goes to explore the spot once the man has left. This sets off a series of events that ultimately place him in a great deal of danger, because Spencer unwittingly uncovers an international smuggling ring for endangered Australian mammals.

Written with an informal tone, this is an easy read with a relatable central character. Spencer doesn’t always make the best decisions, but his choices are realistic for a boy his age who doesn’t really understand what is going on, and is motivated by a desire to do the right thing. When he finds an injured potaroo in a trap he takes it home and keeps it in a box under his bed for several days, before releasing it back into the wild and inadvertently bringing himself to the smugglers’ attention. When this leads to his own capture his friends realise that they can’t keep silent about what they know, even if it means they will be punished for keeping secrets – a brave choice.

The book offers a great way to learn about endangered species and the risks they face, as well as the actions that are being taken to protect them. Spencer’s actions are recognised by the South Western Australian Marsupial Squad with an award. There is a photo of a potaroo at the end of the book too.

This is the sequel to another book, The Amazing Spencer Gray. Given Spencer’s propensity for nail-biting adventure, there may well be more books in the series.