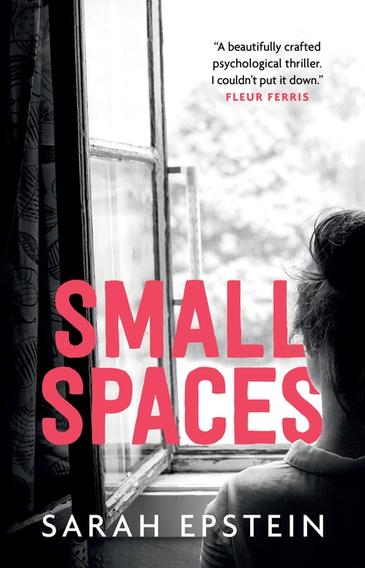 As an 8 year-old, Tash Carmody believed she had seen the nightmare figure that took her friend Mallory Fisher away from the local carnival. The problem was, no-body believed her and she herself eventually, with the help of a psychiatrist, comes to accept that she imagined the person who used to visit her at her aunt’s house and who she saw again taking Mallory. It is much later, as a teenager, that she learns the truth during another visit to her aunt’s. Aunt Ally, who was supposed to look after Tash when she stayed there as a child, turns out to have been neglectful and complicit in the awful events that took place. Tash’s insecurity and claustrophobia which have plagued her life and have led to her being bullied at school, both stem from that time.

The narrative moves to and fro from the past to the present. It includes transcripts from counselling sessions between Tash and her child psychiatrist and extracts from the local newspaper from the time of Mallory’s disappearance.  The return of the Fisher family to the town where Tash lives and where Mallory lived at the time of her disappearance opens up the whole episode for Tash again. It is from her perspective, in the first-person, that we learn most about the events of the past and of Tash’s responses in the ‘now’. She is afraid she made the whole thing up in the past and she fears for her sanity in the present.

It is also a story about friendship as Tash relies on her loyal and sensible friend Sadie to help her through her fears and for someone to talk to. Although they have their ups and downs, Sadie is the one who comes through for Tash when it matters most. There is also a budding romance as Morgan Fisher, Mallory’s brother, is strongly attracted to Tash. But the path of true love never runs smoothly and there are many obstacles, misunderstandings and mistrust in the way of these two which need to be resolved.

Characterisation is strong throughout, and we can identify closely with Tash as a young and terrified 8 year-old, manipulated (we later find) by her aunt and with Tash, grown up now but still afraid and confused. What a relief then, that she is vindicated. All the characters who revolve around her are also convincing and nuanced, even Aunt Ally is, to some extent, a victim as much as a villain, although the real villain of the piece is the stuff of nightmares.

There is a salutary lesson in believing children; Tash’s story is so easily dismissed when she is little as a product of jealousy for her new baby brother, attention-seeking, made up to have affection from her parents. The psychiatrist supports this interpretation and there is a certain satisfaction when Tash decides to seek a new psychiatrist.

This is a convincingly-written psychological thriller with a dramatic climax. It holds the reader until the end.