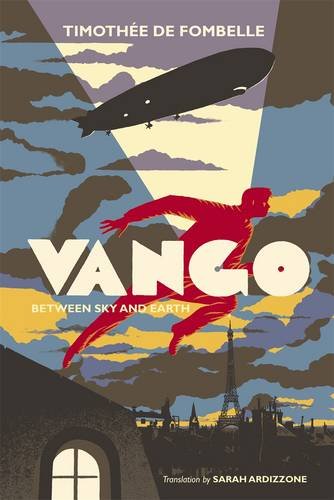 Although the story starts later in his life, the Mystery of Vango – who he is and where he came from, starts with the finding of a woman on a beach in on a Sicilian island and an hour or so later, a three year-old boy.  They become part of the village but Vango, as he is called, always seems to be in danger.  From whom?  And why?  Mademoiselle, his nurse, is only ever known by that name, and she makes it her life’s work to try to protect him, but she isn’t always successful.  She too, is often in danger.  Who is Vango, and why are so many people interested in finding (and harming) him?  There are hints at his identity in the first book and it is finally revealed in the second.

Although these are adventure stories, they are, in a sense, also historical novels.  They provide a sweeping overview of world events in the early part of the twentieth century.  The action takes place over the years between 1918 and the 1940s, a turbulent time, of course, of great political unrest across Europe in which the books are primarily set.  The two World Wars provide the background for the beginning and the end of the story.  They give a great deal of historical detail, all provided with great accuracy.  The front over of the first book, designed looking a little like a travel poster of the 1930s, gives an indication of one of these events as prominent in the top is the almost sinister black presence of an airship (or zeppelin).  One of the events in which Vango becomes involved, is the development and flights of the great airship, the Graf Zeppelin.  The rise of the Nazi party and the sinister presence of members of the Gestapo are reminders of the political situation in Germany at the time.  And Vango also becomes embroiled in Stalin’s murderous regime.

de Fombelle is a wonderful storyteller and these are real ‘page turners’ inhabited by a great cast of characters.  In the second book, the cast of characters is given in the front (with italics for those who are real).  The use of historical figures allows the author to portray historical events as they happened, while being able to introduce fictional characters into these events.  In this way, for example, Vango is able to become part of the crew of the Graf Zeppelin, which was captained by Dr Hugo Eckener who befriends Vango in de Fombelle’s textual world.  Young readers will also enjoy following up and discovering more about these real characters. 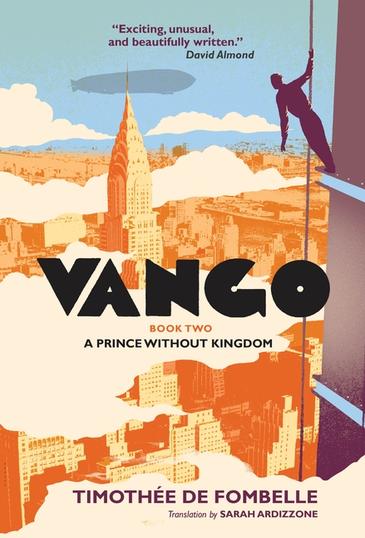 There are a number of feisty women in these books, including Mademoiselle herself, and the girl with green eyes who is introduced right in the exciting opening sequence and whose identity we later learn and the rich and pampered girl who becomes a cat burglar, among others.  The names of some of these characters are intriguing too; Vango’s real name is Evangelisto, his father’s name is Weeping Willow and there is a particularly menacing character called Vlad the Vultur who is a Soviet spy.

It is sometimes difficult for Vango (and indeed the reader) to know who to trust.  Is the cat burglar friend or foe?  Which of the policemen can we trust?  One certainly seems to be corrupt, but which one?  Why are Russian spies involved in the pursuit of Vango?  These are only some of the complications which he faces.  His loyal friend and mentor Zefiro dies and his nurse and friend, Mademoiselle is kidnapped.  Vango needs to develop heroic qualities and a great deal of self-reliance along the way.  His adventures and journeys follow Joseph Campbell’s hero’s journey and he finally returns changed and matured by his experiences.

The two books work as stand-alone novels, but the second one does enhance the first and extends the story to a natural and satisfying conclusion, bringing together all the threads from the past.  Both qualify for the ‘great reads’ accolade.  They are gripping and exciting adventure stories with lots of derring-do enriched with whimsy and even a little fantasy.  Highly recommended.