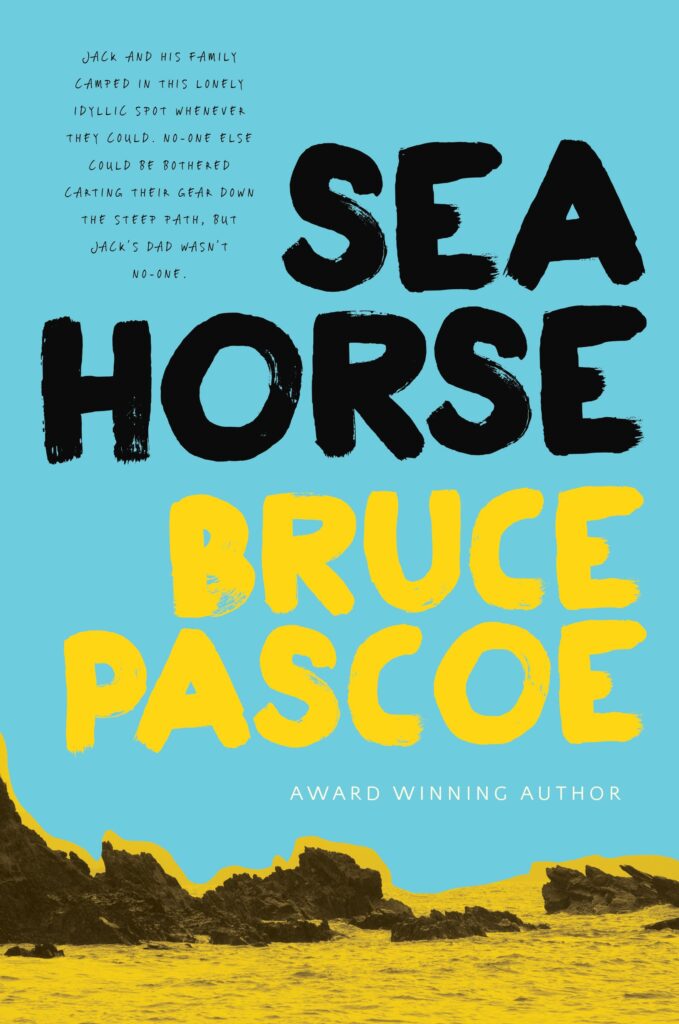 There are two unique aspects to this junior novel – firstly, it features an Aboriginal family and secondly, the setting – the fictional Seahorse Bay – is a key character in the story. Written by Bruce Pascoe – a Bunurong and Yuin man who lives in a secret bay in Victoria called Gipsy Point, the descriptions of diving for abalone and exploring underwater conjure a mysterious and somewhat sinister world. It occurred to me while reading that this could be a good jumping off point for a creative writing exercise in world-building. Children could think about a ‘world’ that is extremely familiar to them – the local park, an arcade or the school playground. They could then think about using their senses and metaphor to describe the world. An example from the book: Inside the bay it was mostly sandy on the bottom, wrinkled like the roof of your mouth, and every now and then whiting darted like arrows in the swathes of seagrass.

There is a mystery element to this story that children will enjoy – a sunken boat and a strange man with binoculars seen around the town. The main character, Jack, who we meet as he is about to do his first proper dive with a tank, is a likable dreamer.  There is one unnerving scene where the stranger – who we have been told is wanted by the police in connection with a murder – sits in the backseat of the family car with the children. I found the family’s compassion for this man, who is later arrested and looks destined for a life behind bars, a little unbelievable. Suitable for mid to upper primary.