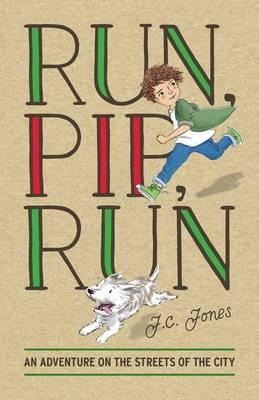 Ten-year-old Pip becomes homeless when her adopted grandfather, Sully, has a stroke and is taken to hospital. Fiercely independent and terrified of being put in care Pip takes to a life on the streets while waiting for Sully to recover enough to allow them both to return home. While on the run Pip is constantly challenged:  even something as simple as going to the toilet presents problems.  In her struggle she is helped by a variety of people; Matilda, a classmate, Mr Blair, her teacher, a policewoman and a dog, a stray like herself.

Life is tough on the streets on your own but Pip is a resourceful girl, courageous even indomitable in her determination to stay clear of ‘the Welfare’ and to get back to Sully. This heart-warming story is action packed as Pip hurtles from one escapade to another. Readers are given an insight into the conditions of life as a homeless person but the story is never depressing or issue driven. Pip is firmly at the centre of the action and since she is a well realised and rounded character we are immediately engaged and follow her endeavours right to the satisfying conclusion.