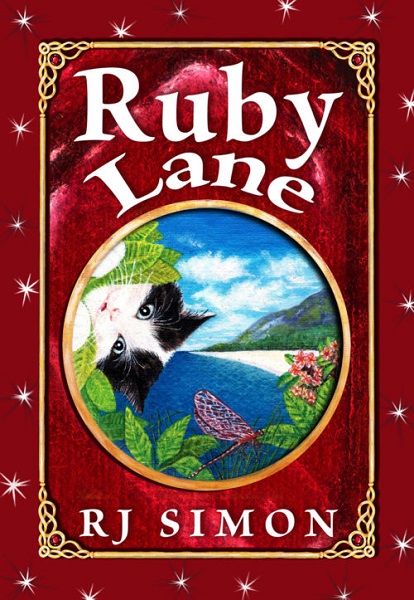 It’s the school holidays and Ruby is setting off for a week at her grandmother’s house – just as soon as she cleans her room. Ruby’s grandmother lives on an island, and Ruby must travel there by boat. After she alights, things take a surprising turn. Ruby meets a talking cat who is dressed as a pirate. He’s stolen a magic book which must be returned to the Great Poet Gerry and Ruby is roped into helping.

There’s something for everyone as the adventure unfolds – Ruby rides a seahorse, escapes a volcano and sees dinosaurs, fairies, a dragon and mermaids that are actually just maids. There is a lot going on and everything is a little off kilter, Alice in Wonderland style. New characters Ruby meets seem familiar and she recognises some landmarks. That familiarity is all explained by the story’s ending, which I found somewhat predictable. Overall, I found it difficult to be drawn into this story. While Ruby’s character was involved in many adventures, I didn’t feel like I got to know her or that she grew or changed along the journey.

This is the first book for Mackay author R J Simon. It is aimed at middle-grade readers, aged 8-12 years.