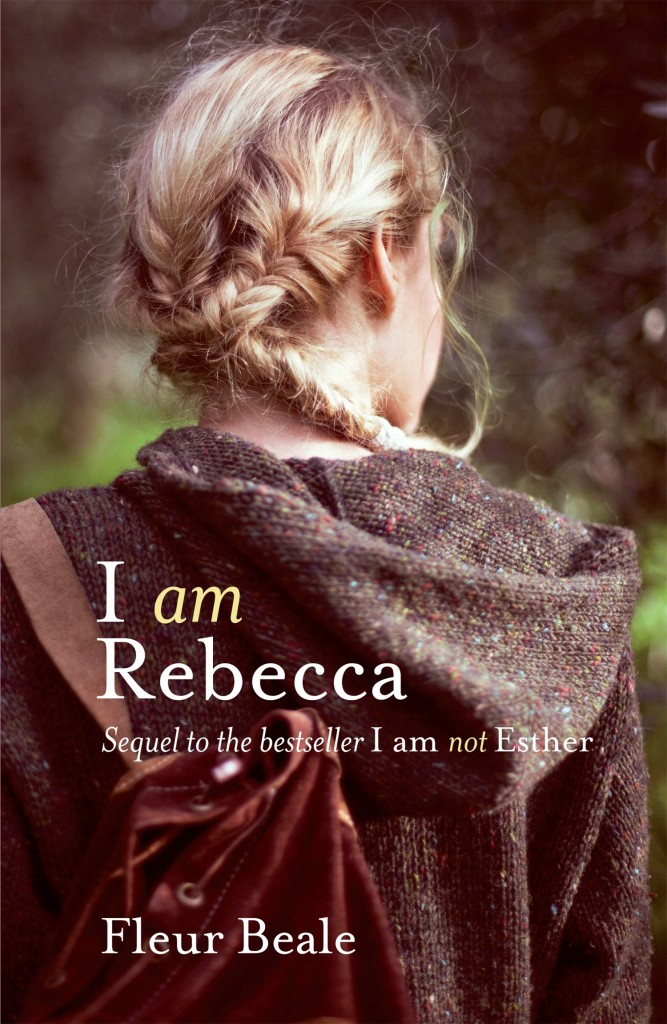 Based in the community of the Children of the Faith, I am Rebecca is a thrilling psychological novel.  A sequel to I am not Esther, this novel explores deeper into the life of a young woman growing up in a religious cult.  Rebecca Pilgrim, the cousin of Esther (Kirby) records her life in the community after her brother Daniel and Esther escape.  Starting with a move from Wanganui to Nelson, this New Zealand based novel keeps readers engaged with the unique traditions and beliefs with which Rebecca has grown up.  After joining the Children of the Faith in Nelson, Rebecca and her twin sister Rachel experience worldly life through working at the Nelson market, learning to talk to people outside their faith and even make friends with the kind stallholders.

Fleur Beale incorporates detail of Nelson that allows the reader to become so engaged in the novel that they almost expect to see Rebecca and Rachel at their stall on a Saturday morning!  The novel covers several years of Rebecca’s life as she grows and her life begins to change, betrothed at 14 years of age and expected to marry at 16.  All Rebecca wants is to marry a godly man who will treat her well but God (or is it Elder Stephen?) seems to have other ideas.

The novel challenges views on how to live an ethical life.  For example, Rebecca is punished for not turning away from Esther and talking to her after she was marked as ‘dead’ to the community.  What is the right thing to do?  In a home where you must not speak in abbreviations, you must follow your father’s every command, and being punished means being locked in a cupboard for up to a week with only bread and water, Rebecca struggles to stay, only because she loves her family too much to leave.  This novel challenges older readers to look at the world through other people’s eyes and religious views.  Once again Fleur Beale has created a community of characters that the reader gets invested in and has used her talent for representing the beliefs of a cult in a respectful and unbiased way to create a sequel that was well worth the wait.