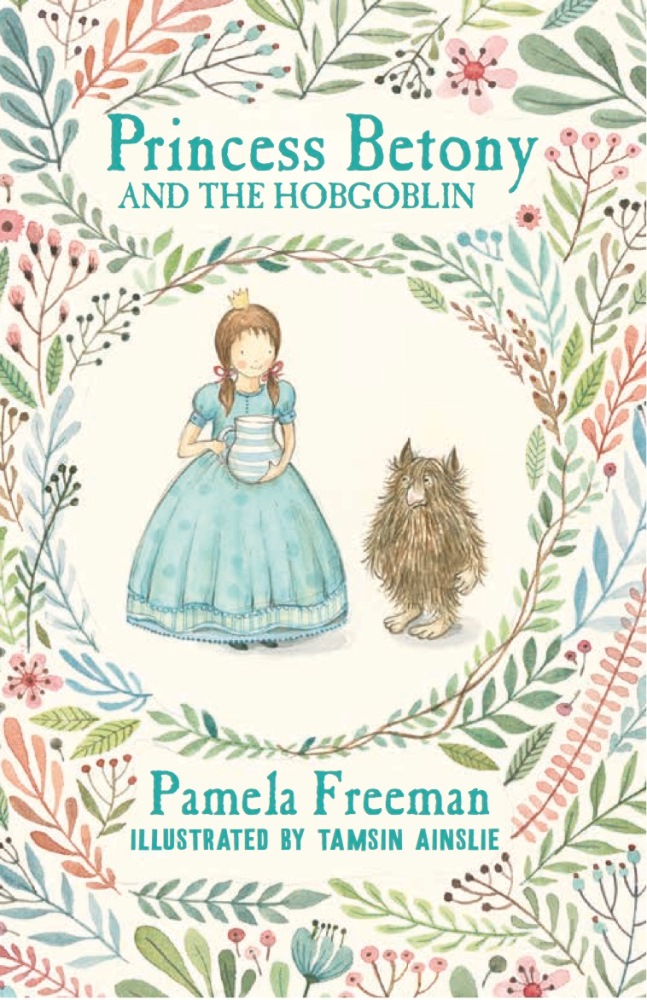 Fancy being in the care of such a bossy person! Lady Pineal is Princess Betony’s governess and she throws her authority around, scolding everyone in sight and not listening to reason, demanding that the maids stop leaving milk out for a hobgoblin she doesn’t believe exists,  she has the household shivering in fear of the hobgoblin’s mischievous pranks. Betony’s father, King Max, organises traps to capture the hobgoblin, but Betony hopes she can talk to the hobgoblin and prevent any more mischief.

Princess Betony is a curious and shrewd little girl, watching, listening and thinking before acting. She is surrounded by wonderful people who love and respect her but, as we all know, good stories such as this always have characters that we don’t like… and it is not the hobgoblin!

Princess Betony and the Hobgoblin is the fourth book in Pamela Freeman’s wonderful series. Accompanied by beautiful illustrations by Tamsin Ainslie readers will be enchanted by the magical world of Princess Betony’s home in the kingdom of Floramonde.