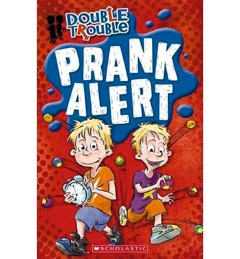 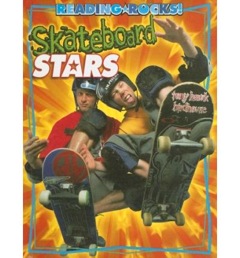 Twins Tommy and Coop, known as ‘double trouble’, are given to practical jokes.  They patronise the local joke shop but also create their own pranks.  They constantly trick their school teacher and their parents, for example, by setting every alarm and timer to go off at different times, putting blue dye in the family’s and dog’s shampoo… Their greatest feat is to win a skateboarding trick competition which enables them to appear on television with their hero.

Each book has five chapters.  The text is set in a large very generously spaced typeface.  The children and adults are all stock figures but the stories are fun, fast moving and illustrated with lots of black and white drawings that capture the humour.  Enticing for young reluctant male readers.  Ages 5-8.