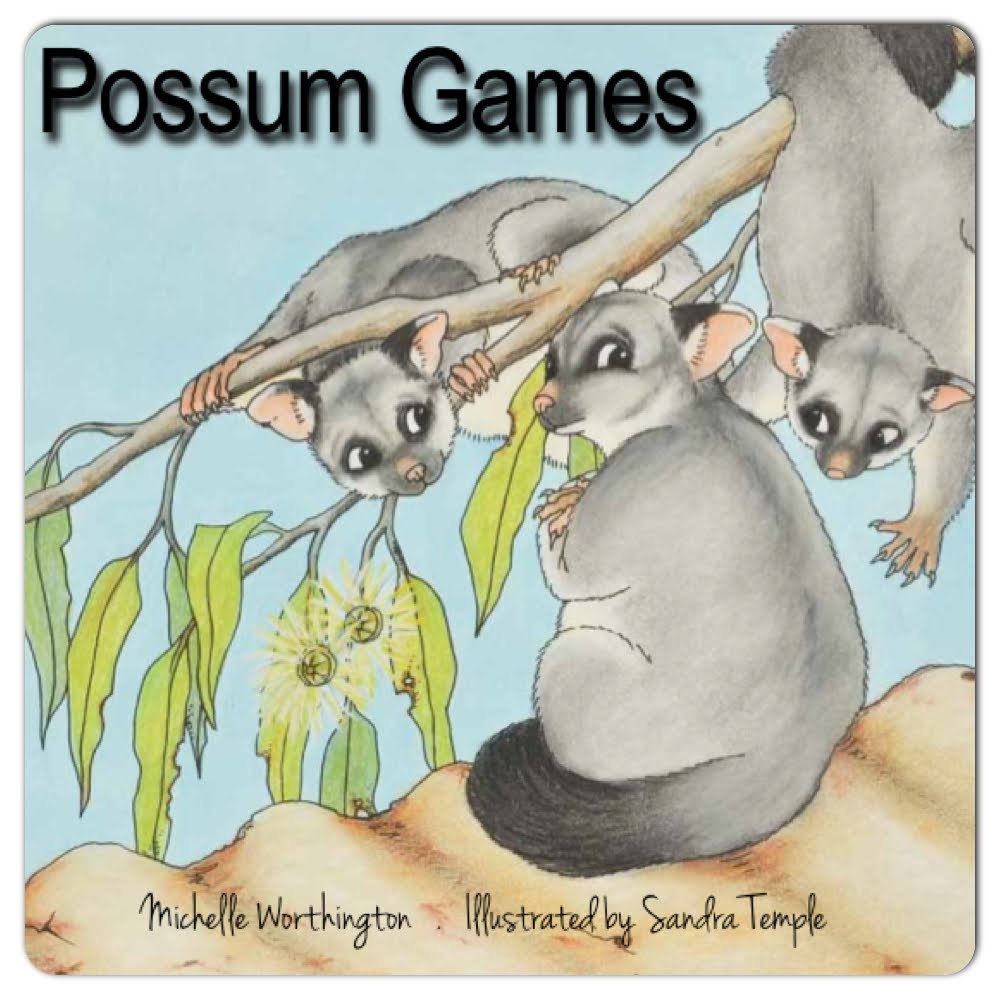 Have you ever wondered what Possums get up to when they scurry about at night?  Why are they scampering on the roof and swinging from tree to tree?  In this cheeky tale Michelle Worthington tells us every night the Possums would gather to play their night time games.  Tug-O-War with weathered rope, High Jump over the fences, volleyball with Watermelons, shot put with Mangos, Cricket in the moonlight.  But Riley a particularly shy possum is disappointed by his lacking abilities in the night time games.  He’s just not fast enough for the running race, too clumsy with the volleyball, frightened by the long jump and no one wants to be his team mate for the slippy soap slide.

It is only when humans throw mangos at the possum family that Riley’s amazing talent as a Mango dodger is discovered.  His darting, weaving and ducking impresses his possum friends and Riley is finally able to feel the glow of pride for his athletic efforts.

Every child will relate to this is a tale of resilience and recognise the emotions of disappointment, frustration and pride.  Wildlife artist Sandra Temple is responsible for the detailed illustrations which further help to convey the emotions that Riley goes through in his plight to Possum Game greatness.