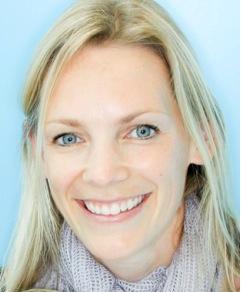 When I first decided to write picture books one of the biggest thrills for me was the opportunity to share something I had created with children. All the stories I write are inspired by my interaction with children, noticing what they find most fascinating or hold most dear.

Have you ever pretended to miss-guess a child’s age for dramatic effect? How animated did they get? Guess high and they think you’re really funny, guess low and they’re generally indignant. How dare you think they’re younger than they are! Age is a topic that will engage almost any child you speak to.

This series explores age, but it is also about number and all of the wondrous things in the world surrounding the child that share their number. In You’re One! It’s delightfully egocentric, celebrating many of the ‘one’s’ that are close and meaningful to the child – One tummy to tickle, one head to shake, and one little mouth for eating cake. By You’re Five! the concepts have become wider taking in more of the world to compliment the child’s growing interest in everything around them – Five toes on a foot, five fingers on a hand, and five blue oceans surrounding the land.

Each book is filled with things that engage children at that age, rocket ships, dinosaurs, three legged races. It is also these things that make it such a fabulous series to take into playgroups, preschools and schools. There is so much to talk about. One preschool where I am launching the series has set up an interest table in each room, where the children are collecting things that they have found in the relevant number. I can’t wait to see all the things they have discovered. There are creative plans afoot to make dragonflies with four sparkly wings, hand collages with five patterned fingers, pictures made up of triangles, and decorated numeral biscuits. There are songs to be sung about Three Little Ducks and Five Speckled Frogs, and there are rhymes that come directly from the texts in the books.

The books head into bookshops on the 24th of May and are officially launched on the 1st of June, and from then I have a hectic schedule of launches. I cannot wait to see the children engage and relate to these books, feeling special that the books acknowledge their age and learning more about number without even realising it.

Thanks to Shelly for this guest post. As soon as our reviews are published, we will link to them here.