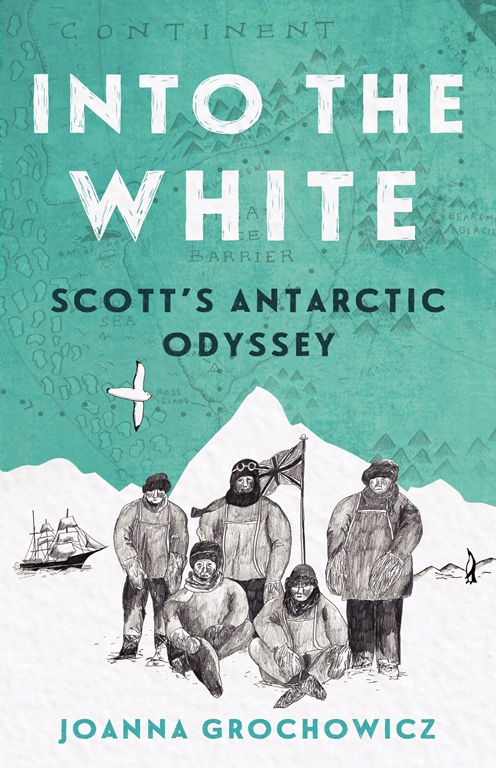 In the author’s note she is careful to ensure we know what we are getting in to:

“If you’re into happy endings, you’d better look elsewhere. This story does not end well. This is a story where men die, and their dreams of greatness die with them.”

Superficially, this pretty much sums it up; however, when facing the inevitable plot tragedy head on, the reader is met with great courage, inspirational attempts to defeat all odds, normal humans doing extraordinary things and, until the end, a story of survival.

Many of us who have any knowledge of history and the great explorers, will have heard of ‘Scott of the Antarctic’. The lesser known characters with their skill, daring and unwavering dedication to their leader, are brought to life so that, by the end, we feel as if we know them personally. ‘Birdy’, the wiry, steadfast organisational guru, ‘Taff’, the inventor with a massive workers’ heart and ‘Ponting’ the intrepid photographer, are but some of the men rarely mentioned in the history books, but without whom, this adventure could never have occurred. The animals too, are full of character and energy; which reveals them as both important contributors and, at times, a hindrance to the journey.

Into The White is a true story, based on Robert F Scott’s diaries; the writing of which features within the tale itself. Despite knowing the outcome, the reader is pulled into the hope and desperation of the men as they struggle towards their ultimate goal – being the first men to ever reach the South Pole. First-time author Grochowicz demonstrates outstanding writing, primarily for the fact that snow, snow, struggles and more snow never get repetitive, throughout the nearly 300 pages. Younger readers may need support through the emotional turmoil of this book, however it is easily understood and beautifully captures the essence of the harsh environment, the desperate dreams and psychological struggles of the men, and the perils of the journey. It would make a perfect addition to any lower/mid secondary English or history curriculum and is a sad but great read.  Curriculum Notes are available on the Allen & Unwin website.