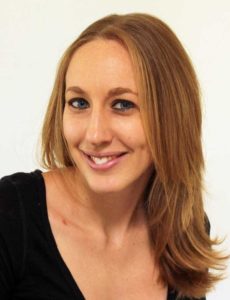 Kate Hendrick’s recent novel, The Finder, is a nuanced exploration of a family’s unresolved grief, and in particular, one member of that family grappling with isolation and guilt. In this piece, Kate shares her inspiration on her story with us.

About a year ago I came across the concept of sonder. Featured in The Dictionary of Obscure Sorrows, an online lexicon of invented words, sonder is ‘the realization that each random passerby is living a life as vivid and complex as your own—populated with their own ambitions, friends, routines, worries and inherited craziness’.

As a writer whose stories always begin and end with character, the term resonated with me. After all, in creating our fiction, we spend a lot of time doing just that: imagining that complex inner world of characters who start as just a glimpse, a gesture, or a voice. To write a character, to know what they will say or do in a certain circumstance, requires you to first know them: the way they think and feel, the things that motivate them. These are the same sorts of curious wonderings when you study a scowling stranger from afar – What are they thinking? Are they permanently angry or just having a bad day? – and the type of questions that are often buzzing in the back of my mind, weaving together a character’s inner life and history one thread at a time.

In The Finder, protagonist Lindsay’s twin sister disappeared when they were seven. Too young to have actively helped in the immediate aftermath of her sister’s disappearance, eight years 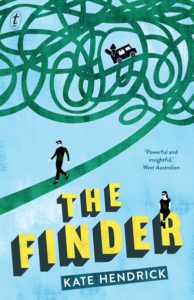 later Lindsay is still in that same holding pattern. Always looking, because she holds onto hope of finding Frankie, but angry and distrustful after years of accusing looks and prying eyes.

In earliest drafts of the book, the story centred around Lindsay’s search for long-lost Frankie. But in trying to write that story, I found myself bogged down by Lindsay’s own sense of helplessness, knowing that she must find her sister but not knowing where to start.

It was in realising that Lindsay became far more interesting when forced out of her own story and into someone else’s that The Finder came together. When Elias comes along, wanting her help in tracking down his birth mother, Lindsay has the skills to help, but doesn’t want to. It was in this clash of personalities that my story found its spark: Elias’ unshakable enthusiasm is a stark contrast to Lindsay’s unapologetic defiance. Initially conflicted about finding ‘someone else’s someone’, Lindsay soon finds that it’s exactly what she needs: in using her skills to help Elias, she gains a sense of purpose and direction.

Had I kept my story focused on the search for Frankie as originally planned, that event would have continued to define Lindsay. Instead, I felt she needed to move on, shaped but not defined by the childhood trauma. Like that sonder moment when we try to comprehend that seven and a half billion people on the planet each have rich and complex inner lives existing in parallel to our own, Lindsay has her own awakening as she looks beyond her own story and steps out to find her place in the world.