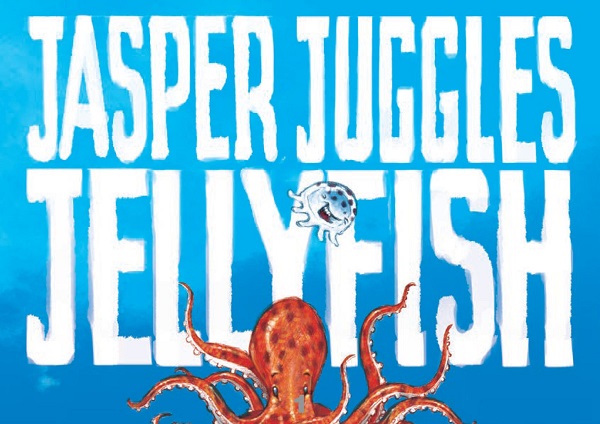 Jasper Octopus drags himself to school but finds it too much of a struggle to learn to count – he would rather use his multiple limbs to juggle instead. However, when he combines juggling jellyfish with counting he soon discovers that he has also inadvertently learned what he previously found too difficult.

The clever rhyming text by Ben Long is great fun, but it also reveals the secret of learning as it tells the story of Jasper’s engagement with the process once he discovers an enjoyable technique that utilizes his particular abilities.

The cartoon-like illustrations by David Cornish complement the written text adding energy and humour to an already comical situation by showing lively jellyfish excitedly flying through the air. Children between the ages of 1 to 6 years will enjoy learning to count to 12 with Jasper and his juggling jellyfish tricks in this colourful and entertaining picture book.