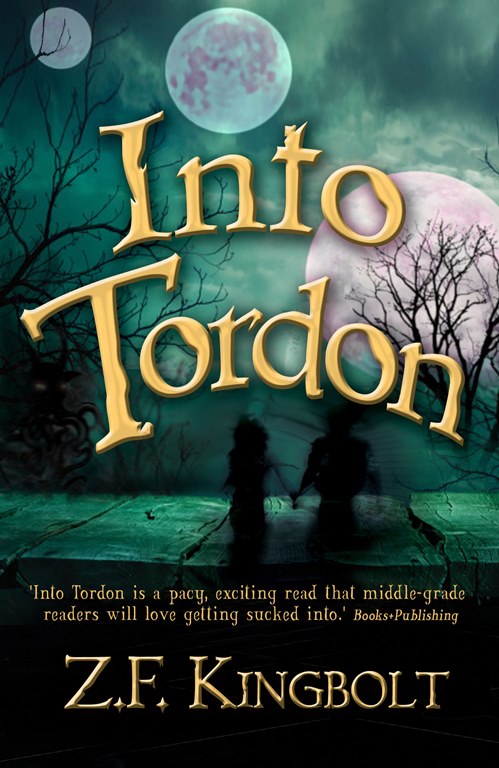 At a time when the consequences of #Gamergate are still being felt by female gamers, I think this is a timely book aimed at a young audience reminding them that girls can be champions too.

Beth is a gamer, and a champion to boot. Playing Tordon, an online survival game, is an escape for her, from the reality of her father’s depression – he has lost interest in most things after losing his job.

The book opens with Beth’s execution of an unexpected move in Tordon, resulting in her winning and being declared champion.  Unfortunately her fellow, mostly male, gamers don’t seem to agree with her win and her right to be champion. The young boys are obnoxious, dismissing her skills and her success.

In order to prove herself, she enters the haunted house of Tordon’s developer and, with fellow gamer Zane007, finds herself in another dimension – several other dimensions in fact. So begins Beth’s adventure, where readers will see her battle creatures, and Zane’s attitude, as they work their way through different dimensions in order to get back home.

Each of the dimensions – or game levels in keeping with the theme — are fully realised worlds, compelling in their own way, even if they’re only around for a short time. Each world offers Zane and Beth the opportunity to share more of their lives, giving each other, and readers, a chance to understand them more. Zane is an important character in this story, but it’s Beth with her vulnerability and determination that will likely resonate more with readers.

The story is fast-paced and exciting, and remarkably cohesive for a collaboration of 9 different authors. Into Tordon is the brainchild of the Northern Beaches Writers’ Group, and a testament to the training such writing groups can offer emerging authors.