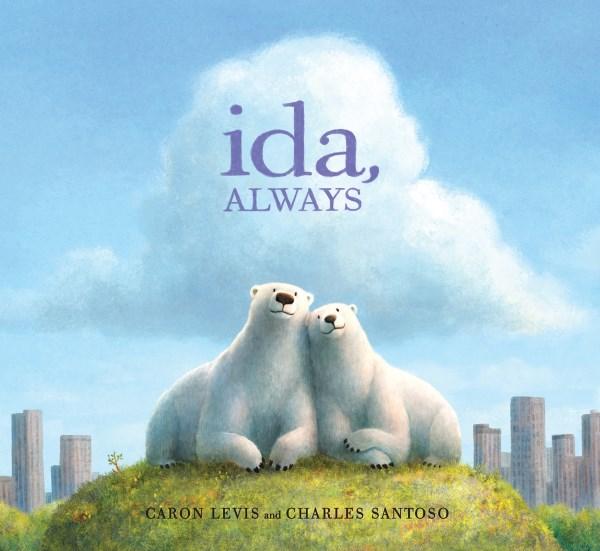 This most attractive picture book with two very cute polar bears on the cover was inspired by a real pair of bears, Gus and Ida, at New York City’s Central Park Zoo. Ida became ill and died in 2011, leaving Gus on his own. Their attachment to each other inspired Caron Levis to write a quite moving story about death and dying.

When the book begins, the scene is set to show the closeness of Gus and Ida’s friendship. After keeper Sonya opens up each morning, Gus and Ida spend the day together playing and resting before going back to their individual caves to sleep. One day, Ida does not come out of her cave and the keeper explains to Gus that she is very sick and won’t get better.

As time progresses, Gus helps Ida as much as he can and they spend nearly all their time together – until the day comes when Ida passes away. All of New York grieves and Sonya spends time playing with Gus instead. But Gus has his memories of Ida to stay with him always.

While this story is a touching description of terminal illness and death for young readers, the thoughts and emotions attributed to the bears are very much human ones, as are the facial expressions. However, physically, Gus and Ida are recognisable polar bears.

The text is beautifully written and the accompanying illustrations use colour and light well to show the different times of day, moods and atmosphere. This is a lovely book on death and dying for young readers.