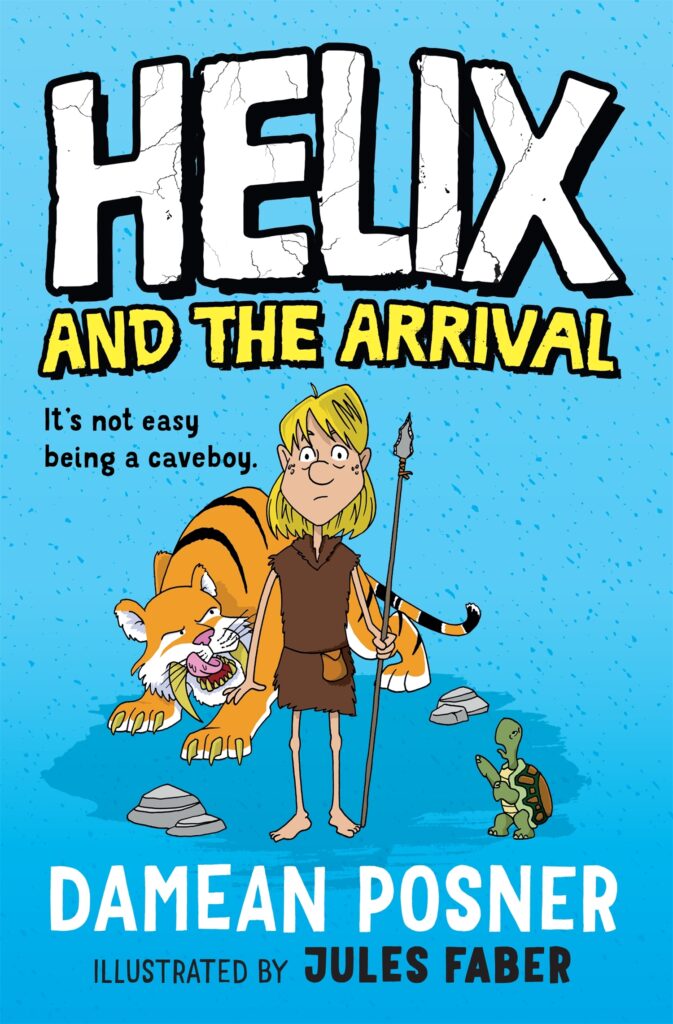 Helix is a caveboy about to undergo the tests, called the Arrival, which will move him forward into caveman status. Things don’t look good for Helix. He is week and weedy, finds it difficult to raise a club above his head, and runs away from anything that is possible prey for his family to eat. The practical test is likely to defeat him. The oral test, however, is no problem, as it is based on a set of rules that Helix knows well and finds utterly ridiculous.

Helix is good at thinking, and refuses to blindingly believe what he is told. He has the scientific attitude: prove it, and I’ll believe it, until then, I’m sceptical. He has two friends. Ug is what Helix is not – large and strong, nifty with the club, but still kind and loyal to Helix. Saleeka is his other companion, a feisty girl who rejects marriage and stands up for women’s rights. Helix’s Mum and Dad are kind and supportive, but his older brother, Sherwin, is a troglodyte, like many of the others on the mountain. The enemy of this hunter society is the mob across the river, the Mud people, who grow crops and live in houses. To cut it short (and you wouldn’t want to, because this is a good story) Helix crosses the river and finds out about the farmers, likes what he sees – and the rest is history.

Posner has written a novel about finding the truth, sticking to it, doing the best you can to show others your reality, and helping your friends without fatally hurting your enemies. There is much fun on the way as the discomfort of stone age society is revealed – the burnt morsels eaten by its rather smelly citizens, and its unhygenic living conditions. Primary school boys and girls will enjoy the wit and the wisdom in this clever first novel from a promising writer.  Teachers’ Resources can be found on the Random House website.