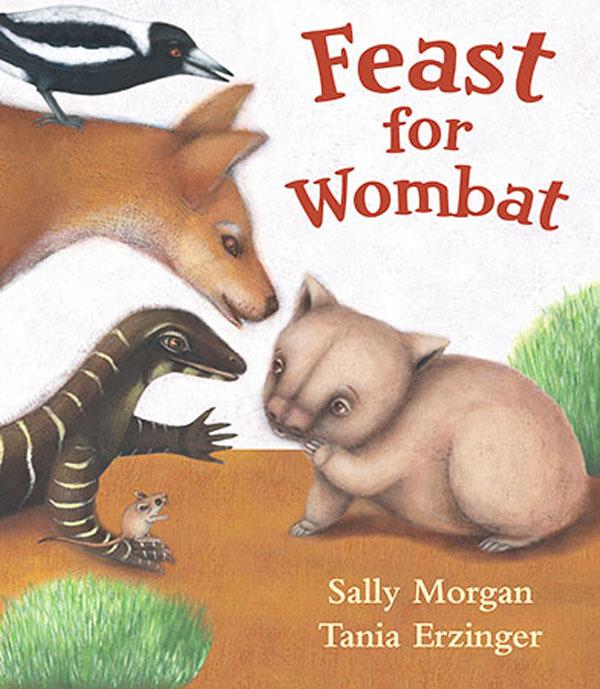 This story is about a wombat who ventures out of his burrow only when he absolutely has to have a dust bath, no matter how lonely he has been feeling prior to that.  He finds his friendly, talented, very special friends having a wonderful time: however, Wombat thinks they are a little too special to associate with him .

Morgan uses a wonderful combination of words in her story, such as when Wombat tells Magpie she sings like a ‘beautiful bubbling stream’ or Dingo that he dances ‘like the clouds’.  Erzinger’s pictures are also pretty wonderful.  I particularly liked: the stripes on the Goanna and the detail on his claws; a silent little mouse that appears now and again to react to Wombat’s attempts to be like his friends; the water splashing when Dingo jumps in and a winsome little frog that appears on Wombat’s head when he falls in the water.  Suitable for children 4 and upwards, with notes for teachers on the Scholastic website.