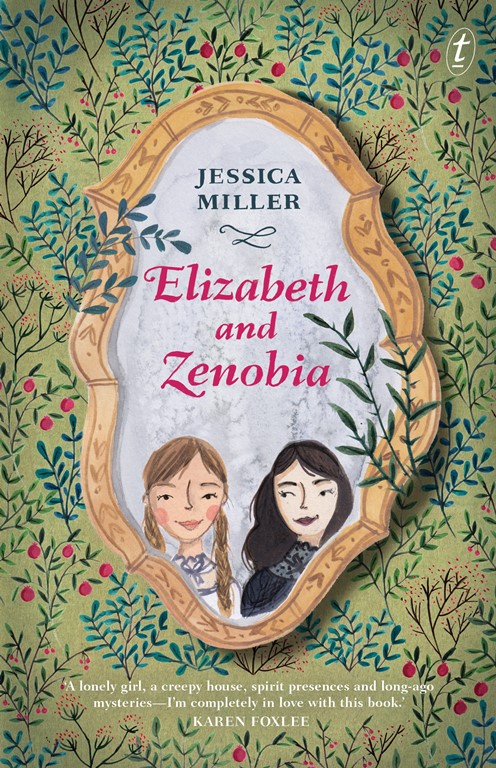 When Elizabeth and her seemingly “imaginary” friend Zenobia arrive at Witheringe House, strange things begin to happen around them.  Mysteries unfold and long forgotten secrets begin to emerge.  The house itself seems to be waiting…

OK enough synopsis – WOW I loved this book.  I would rate this as one of the best books of any genre that I have read this year.  And I read a LOT. The story was so elegantly crafted, the prose so elegantly written, the concept so unique and original… it pulled me right into its dark and peculiar world from the first sentence, and I went willingly.  I loved every second of this book.

Told in the first-person from the perspective of Elizabeth, we get a true sense of who she is – her loneliness, her feelings of isolation, her fervent wish to be noticed by her absent-minded father… from the beginning many questions are raised, and while it is made apparent early on that Zenobia is purportedly a figment of Elizabeth’s imagination, one gets the feeling that there is much more to her than simply the product of a lonely girl’s fanciful wish for companionship, or the projection of Elizabeth’s wish-fulfilment.

Elizabeth and Zenobia is Miller’s first novel, and she has well and truly knocked it out of the park with this one.  I wouldn’t be at all surprised if Hollywood is knocking on her door very soon – her writing is so descriptive and evocative that I could see so clearly in my mind the dark mansion, the eerie halls and forgotten rooms, the bleak and desolate gardens and countryside… the visual aspect of the novel is very highly developed and would translate magnificently into the visual medium.

This was one of those books where the only disappointment was in the fact that it wasn’t longer… when I reached the end, I wanted there to be more.  That’s not to say that the resolution of the plot wasn’t satisfying, because it certainly was that… I just wanted to go on more adventures with these characters!  I wanted to read more about their lives, their pasts, and more importantly, where they may go in the future!  I am really hoping that Jessica Miller adds to the chronicles of Elizabeth and Zenobia, because this is a duo that have already proven themselves as formidable and tenacious, and with enormous potential to take on whatever mysteries, adventures and adversities the world may throw at them.

Teaching Notes are available at the Text Publishing website.